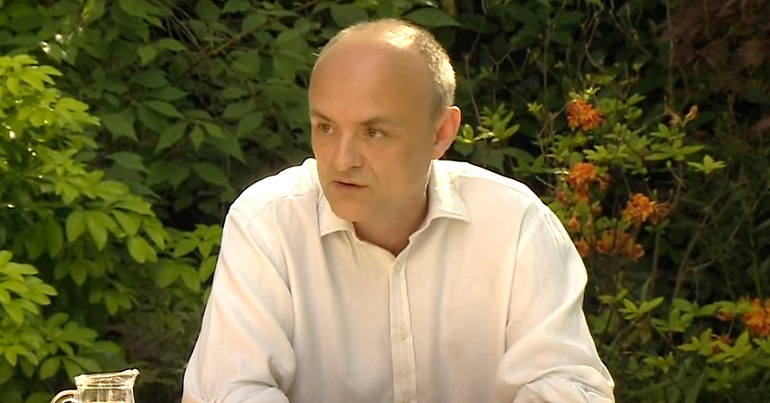 Just when Dominic Cummings may have thought things couldn’t get any worse, the co-leader of the Green Party has accused him of breaching special adviser rules. He’s said Cummings didn’t just break them once, but twice. And he wants an official investigation into the PM’s adviser’s actions.

The scandal about Cummings’ alleged breaches of lockdown rules during the coronavirus (Covid-19) pandemic refuses to go away. Tory MPs are ‘revolting‘ against Boris Johnson. A government minister has quit in protest. Religious leaders have received ‘death threats‘ because they criticised Cummings. A significant reason for him not to quit has emerged. And meanwhile, while the PM’s aide was allegedly rule breaking, the rest of us were being pulled up by police.

But the strangest twist in this sorry saga came when Cummings gave a press conference over his actions. From the Downing Street rose garden, he claimed among other things that one of his excursions while in Durham was to ‘test his eyesight’. He also explained his now infamous ‘bat out of hell’ bolt from Downing Street on 27 March. Because it was then he found out his wife was ill with coronavirus:

Another bizarre twist came as Cummings claimed he wrote on his blog last year about the potential “threat” from a coronavirus pandemic. But as Full Fact noted, he didn’t. Cummings actually edited one of his blog posts in April this year to make reference to SARS, another of the coronaviruses.

Amidst this circus, the co-leader of the Green Party Jonathan Bartley has perhaps nailed one of the real problems with the saga. And it’s that Cummings may have actually twice breached code of conduct rules for special advisers.

Bartley has written to cabinet secretary and head of the civil service Mark Sedwill:

I have written to the Cabinet Secretary asking why yesterday's press conference was permitted and for an investigation into the alteration of Dominic Cummings blog to add reference to Coronavirus – both of which appear to breach the special advisers code of conduct. pic.twitter.com/ObB1hSaLik

You can read Bartley’s full letter here. He thinks that Cummings has twice breached the rule which says:

Special advisers must not take public part in political controversy, through any form of statement whether in speeches or letters to the press, or in books, social media, articles or leaflets.

Bartley thinks that Cummings’ blog editing and press conference represent these breaches. He said in a press release on the PM’s aide’s blog editing skills:

If Mr Cummings has gone back to edit blog posts while he was a special adviser to the Government… that clearly needs investigating. …

it would appear to be a clear breach of the special advisers’ code of conduct.

He noted of the press conference:

There must be an explanation about why the press conference was permitted, who was involved, what resources were used as well as an investigation into whether Mr Cummings himself broke the civil service code.

So far, neither Downing Street nor the Cabinet Office has commented. But if Bartley is right, then Cummings’ position would surely be untenable. This is a Tory government, though – so anything is of course possible. And whether the damage he’s done outweighs Johnson’s professional and personal relationship with him remains to be seen.