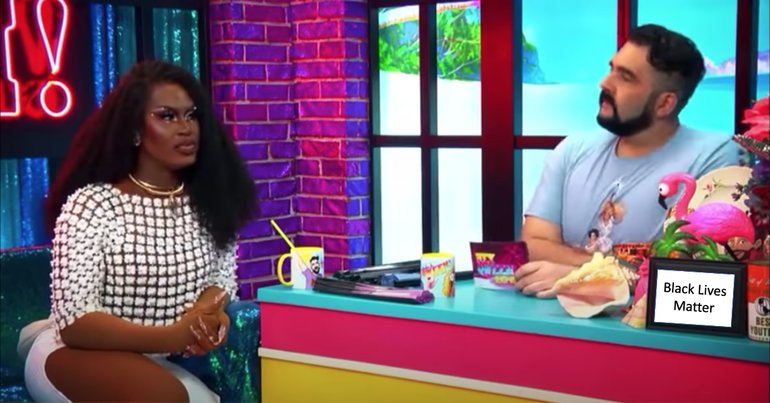 Black Lives Matter. This is not a message for Black people. We know our lives matter, and we know the lives of non-Black people matter. But for a very long time, up to and including today, many white people cannot say the same. African American drag queen Shea Couleé took just 49 seconds to explain what every white ally needs to do right now.

One of the most exhausting elements of racism is the burden of emotional labour. White people often view racism as a problem for the oppressed communities, not the communities doing the oppressing. Improvements in racial equality are seen as our job to deliver. And continuing racist attitudes are blamed on our failure to reach people who think we’re less than human. But as the ever-fabulous Drag Race season 9 finalist puts it:

And it’s not my job to stand up here and tell you how to fix it, because I’m not the person that created it in the first place…

for allies… It is up to you to be able to talk and communicate to those people in your life that don’t understand. Because you’re the ones that can get through to them. They’re not going to listen to me the same way that they’ll listen to you.

So anybody that sits there, and they’re complacent, and they don’t speak up? You are just as much a part of the problem…

the job in fixing this is up to you because… I’m just busy trying to survive.

White privilege isn’t something you can reject or accept. It exists, regardless of whether you want it or not. But what white people can do is challenge it wherever they see it. That means getting good at recognising it for yourself. Listen to Black people, believe them, notice when you see it happening, and be the one to act. Be the one to have the awkward conversation. Accept the burden of the emotional labour. Leave the Black or Brown person to get on with their day, while you deal with the white fragility. And know that you are repaying a debt, not creating one that the Black person owes you. You are settling the tab, daily, for centuries of oppression. And you are doing it with a smile on your face, because finally you can be of service in a real way. Because you want a world where all lives matter, and right now, they don’t.

That’s how to be an ally.