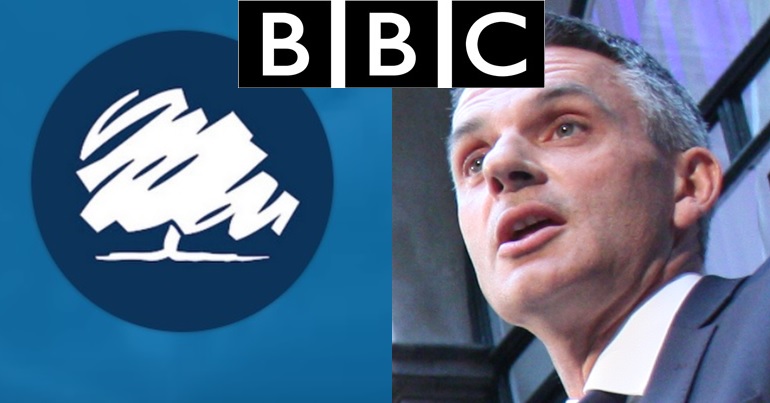 People were quick to point out some important information about the new director general of the BBC, Tim Davie. Most notably, the fact that he was once an election candidate – for the Conservative Party.

For anyone hoping the BBC pick would accentuate the broadcaster’s supposedly impartial credentials, it serves as a giant ‘up yours’.

Looks like Tim Davie had a couple of unsuccessful runs at becoming a Conservative councillor. pic.twitter.com/4mAT8NjeYj

The Guardian has also reported that Davie was once “deputy chairman of the Hammersmith and Fulham Conservative party”. The National, meanwhile, confirmed that he “stood as a councillor for The Conservative Party in Hammersmith in 1993 and 1994”.

Tom Mills – author of The BBC: Myth of a Public Service – also pointed out that ‘journalism’ doesn’t exactly seem to be Davie’s area of expertise:

Before his new role, Davie ran BBC Studios, the arm of the corporation that focuses on selling BBC content abroad. As the Independent reported:

He joined the BBC in 2005 and has worked in the marketing and audio divisions. Before that he worked for PepsiCo and Procter and Gamble.

New BBC DG Tim Davie (a former deputy chair of his local Conservative party) is seen as a ‘safe’ choice. Whilst Davie has the support of the staff, his lack of editorial credentials make his appointment imo a very high risk choice. The BBC’s biggest vulnerability is editorial

Seriously, BBC, are you not even trying to hide your bias anymore?!?

The evidence has long been adding up that the BBC has a thoroughly ‘pro-establishment’ mindset. Most recently, the supposedly ‘public’ broadcaster played a prominent role in the brutal propaganda offensive from the establishment media that helped to sink Jeremy Corbyn’s Labour Party and boost Boris Johnson’s Conservatives in the 2019 election. This meant painting Corbyn’s moderate, sensible policies as somehow extreme or off the wall. The BBC‘s pro-establishment bias is sometimes subtle. But with Corbyn, it went into overdrive.

Although the revolving door between the BBC and the Conservative Party has long been clear, the BBC doesn’t appear to be trying to even hide it anymore.

This is a very worrying development for anyone who relies on the BBC to provide them with impartial information.