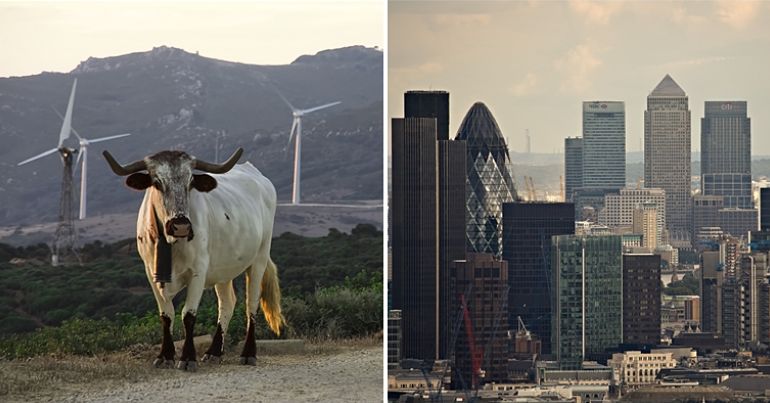 The coronavirus (Covid-19) lockdown forced massive changes upon our way of life. These changes could provide the chance to redesign this way of life for the sake of the planet. Because change is a necessity. And it’s now that we must act, because indicators show environmental protections could actually worsen as a result of the pandemic.

The grounding of planes and closing of businesses didn’t do enough to prevent CO2 levels reaching a higher peak than last year.  This further suggests we’re not on target to meet 2030 climate change objectives designed to limit global warming.

The Transnational Institute (TNI) and the Institute for Policy Studies (IPS) have put together a proposal for radical change in a handbook. Their proposal provides credible alternatives that could halt climate change if implemented soon. The TNI and IPS say:

This new handbook is an indispensable guide to climate activists and policy-makers alike towards a complete overhaul of the financial system to stop climate chaos. Central to its message is that fossil fuel lending can be redirected towards green energy and that public finance and ownership can bankroll and provide the infrastructure for delivering a Green New Deal.

It’s because of how far we’ve gone

This handbook lays out how austerity and corporate greed have undermined our ability to move away from fossil fuels. Its executive summary states:

This in turn means that there is less tax available for public spending. Similarly, the super-rich have been allowed move their wealth overseas and out of the reach of the tax office (HMRC). As a result, there’s less government funding available for public projects that should benefit us all. So the handbook suggests:

These trends must be reversed urgently, and power shifted back to democratically accountable public enterprises, to move rapidly towards a fossil-free world.

In six chapters, the handbook “offers an assessment of proposals to reform the financial system”. It warns against the mere ‘tweaking of today’s economy’ and calls for “tougher financial and environmental regulation” to tackle the serious environmental problems we have.

As the planet went into environmental freefall, youth movements emerged to fight back. Movements which were inspired by:

frontline communities, such as the Standing Rock Sioux and Wet’suwet’en land defenders, whose struggles against oil pipeline construction in North America have become more visible and attracted widespread solidarity as climate concerns rise up the political agenda.

The first three sections of the handbook call for central, private, and public banks to go greener. It suggest that central banks could nationalise oil companies to help finance the “Green New Deal”. The price of oil and shale gas prices as  a result of coronavirus has made this cheaper. Moreover, “hundreds of upstream oil and gas companies” are facing bankruptcy which would make it easier for US federal governments to take a large stake in such companies and therefore take more control.

Private banks would set minimum standards for investing in “green” projects and upper limits for carbon-intensive industries. And finally public banks ‘would direct public financing away from fossil fuels and create a greater space for ‘ethical banks, local savings banks and co-ops’.

Part four of the plan deals with financial markets. It says these markets would have to abide by strict environmental regulation where climate concerns would have to be taken into account as opposed to “taking a narrow, short-term view of profitability”. It proposes financial incentives to speed up the demise of coal.

Part five recommends reforming multi-nationals so they pay greater tax that’s invested in green projects. Additionally, they would adopt a new charter that makes them more accountable to their communities. The final section of the handbook calls for greater public investment and ownership in the energy sector. It also calls for reform of public pensions so they “consider environmental and social factors in reaching their investment decisions”.

Central to the message of the handbook is the delivering a “Green New Deal”. This deal means moving from the old ways of doing business to an economy that is “environmentally sound, economically viable and socially responsible”. The authors of the handbook recommend moving economies away from fossil fuels by issuing green bonds (an investment loan) “to finance public investment programmes in renewable energy, energy efficiency and improved public transport”.

Their handbook comes as the Bureau of Investigative Journalism and Unearthed reveal UK-based financial companies have been funding meat companies linked to deforestation in the Amazon.

And it would appear as if the contents of this handbook are in stark contrast to what else is currently happening in the UK. While there had been reports of how the lockdown gave the environment a temporary reprieve, the government’s Covid Corporate Financing Facility (CCFF) appears to be going in the opposite direction. This facility seems to be benefiting and supporting environmental polluters. The government established the CCFF to support the cash flows of larger firms during this pandemic.

There is a way

It’s likely that some organisations will resist such change as they feel they’re ‘too big to change’. But with strong regulators and personnel in charge, such change is achievable. The coronavirus lockdown taught us radical change can happen in an instant. So it’s far from impossible.

This handbook shows just one way forward. But more importantly, it also shows there are people who care enough to put forward a credible vision. The real test now is whether we have the guts to put it into practice.