Private schools are on the brink of collapse. Thank you, coronavirus. - Canary 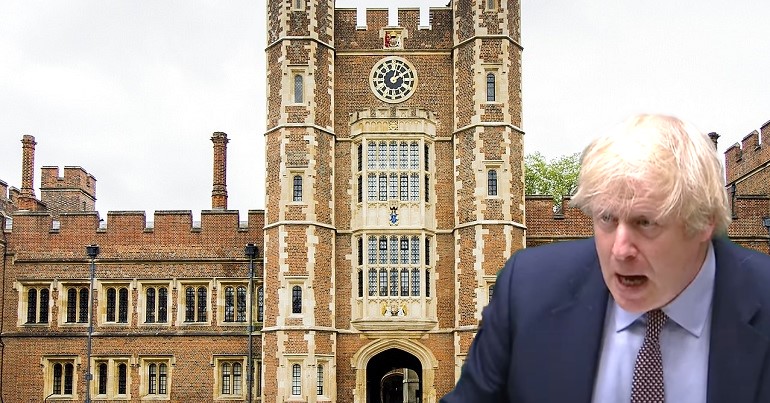 There may only be one positive outcome of the coronavirus (Covid-19) pandemic. And it’s that dozens of private schools in the UK are on the brink of collapse.

In the UK there are around 2,500 independent schools, educating about 630,000 children and young people. On Saturday 6 June, the Telegraph reported that around 30 private schools were facing closure. It noted:

Nine private schools have already formally announced that they intend to shut down, but… there are around 30 overall which are in a similar position.

The chief executive of the Independent Schools Council (ISC) Julie Robinson called the situation “terribly sad”. She told the Telegraph:

It is impossible to predict with accuracy the full impact this pandemic will have… Of course it is already affecting independent schools like all small businesses and also the livelihoods of fee-paying parents.

There’s no glee to be had in people losing their jobs. But in terms of societal betterment and egalitarianism, the collapse of parts of the private education system is a good thing. Of course, one underlying challenge with ending the private education system in the UK is funding. Because the majority of independent schools are charities. For example, 1,000 of the 1,374 schools that are members of the ISC are classed as charities. Therefore, their funding is maintained through donations; hence the pandemic may not have hit them quite so hard.

But there are many reasons why the UK’s private education system should end.

As professor Francis Green wrote for the Conversation, children tend to get a higher level of intellectual education at private schools. He said:

Large-scale studies confirm the clear academic advantages to be gained from going to a private school in Britain. This holds true, even after allowing for children’s prior abilities and for the fact that children tend to come from affluent family backgrounds. At each stage of education the progress made by the privately educated is modestly but significantly above that of state-educated children on average.

Also, private schools entrench class divides. Playwright Alan Bennett summed it up well when he said of his experience at Cambridge University:

That weekend was the first time I had come across public schoolboys in the mass and I was appalled. They were loud, self-confident and all seemed to know one another, shouting down the table to prove it while also being shockingly greedy. Public school they might be but they were louts. Seated at long refectory tables beneath the mellow portraits of Tudor and Stuart grandees, neat, timorous and genteel we grammar school boys were the interlopers; these slobs, as they seemed to me, the party in possession.

Many private schools are happy to accept children with mild special needs, but numbers with the welcome mat out dwindle rapidly as degrees of additional support required increase. … And bear in mind that during your tour of the school or chat with the head you are quite likely being assessed to judge whether you are likely to ‘fit in’ with the parent body.

Private education does appear to have little to do with ability. It has everything to do with lineage, socioeconomic status, and conditioning children to create a certain type of human being: one that is born to hold power.

But politicians are perhaps the best example.

Only 54% of MPs went to state school. Of those who went to private school, the breakdown was 41% of Tory MPs and 14% of Labour ones. This is compared to 7% of the general population who receive private school education. Moreover, 62% of Boris Johnson’s cabinet is privately educated.

But there’s another important point to be made within this. Three of the four BAME members of Johnson’s cabinet were also privately educated. In the context of the killing of George Floyd and the Black Lives Matter movement, this is crucial. As jiggaman said on Twitter:

Putting black people in positions of power does absolutely nothing for systemic change when they support and benefit the systems that keep black people disenfranchised.

And as Green summed up:

Part of what comes with a private education is ‘positional’. It enables pupils to jump the queue for many of the high-status rungs of British society. Of course, this is privately advantageous, but socially it is of little overall value if others are held back.

Private schools often create people who think they have the right to lord over the rest of us. The system nurtures the ‘elites’ of this world and pushes them into positions of power. When they have that power, the system is maintained and its cogs keep on turning – with the elites’ children going to private schools, ending up in positions of power etc. But the biggest challenge isn’t private schools themselves. It’s the economic and social inequality that allows them to exist in the first place.

Ending private schools won’t suddenly dissipate rich people’s wealth. Money still talks, and even without that system of education the well-heeled will still find ways to exert control over the rest of us. As Black, working class anarchist Lucy Parsons once said:

Never be deceived that the rich will allow you to vote away their wealth.

Private education is a small part of a species-level problem – where some people, due to wealth and family, exert control over the rest of us. People whose lives end up being seen as more valuable than everyone else’s. Removing private schools would be a very small step in addressing this fundamental flaw in the way our society is structured.