As protests fill the streets, the Labour Leaks scandal is leaving many Black people ‘politically homeless’ - The Canary 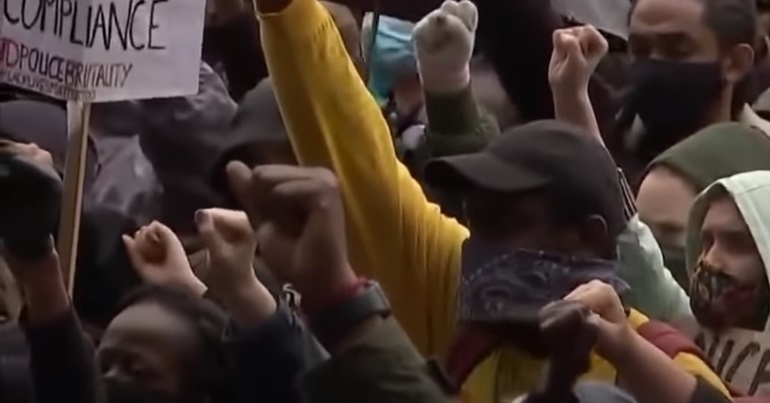 In solidarity with US mass protests against institutional racism, Black people in the UK have also taken to the streets. As this justice movement gains momentum, however, the current Labour Party leadership seems to be leaving some Black supporters politically homeless. Because many see its sluggish response to the racism revealed in the Labour Leaks scandal as utterly unacceptable.

Critics have called out Labour Leaks revelations of “anti-black racism”. And some sent letters of solidarity to MPs Diane Abbott, Dawn Butler, and Clive Lewis, who had been targets of abuse. But it seems likely the scandal will be a whitewash, with the current leadership seemingly kicking potential action into the long grass.

EXCL: Amid global chants of #BlackLivesMatter, Black Labour voters leave party amid concerns of anti-Black racism. @UKLabour told me it was "committed to challenging racism" – but some members say it has been silent & slow to act for too long. https://t.co/WTWt4NqQKv #Labourleaks pic.twitter.com/2OY67A9Y2R

Writing in the Huffington Post, she explained how the Labour Leaks scandal had “fuelled allegations of anti-Black racism at the heart of the party”. And she claimed many voters felt “politically homeless” as a result; with campaigners saying concerns had “not been adequately addressed by the party’s leadership”. She added that “some have expressed concerns that Afriphobia [anti-black racism] within the party is not taken as seriously” as, for example, allegations of antisemitism.

One Labour member who left after the Labour Leaks affair said:

I cannot donate money to party that claims to be on our side but completely takes Black people for granted.

Black people are going to have to stick our necks out, go with another party – in my case it’ll be the Green Party – and let Westminster know that our votes don’t come cheap: there are conditions.

White later reported on a letter from over 2,000 party activists claiming the party was at risk of losing support from the Black, Asian and Minority Ethnic (BAME) community. Its co-author said:

We are seeing a loss of trust in Labour within BAME communities, appalled by the allegations of racism within the party machine

“I am politically homeless”

– This is why many Black voters are quitting @UKLabour.

Anti black racism is endemic in the Labour party. When complaints are raised by black activists they are often dismissed or at worst not even investigated. This is a lived experience that must be exposed. @Nadine_Writes investigation is spot on. 👇🏿🇯🇲 https://t.co/zRKvev7o3K

Then there is @Keir_Starmer failure to tackle the racist cell at Labour HQ that attacked, vilified and colluded with a racist press to target @HackneyAbbott @labourlewis and others. Making statements about #BlackLivesMatterUK is meaningless fake anti racism.

If you're saying Black Lives Matter, but you're not calling out Sir Keir Starmer's lack of action on Labour Party racism, you don't really care about black people, you're just another virtue signaller offering an empty gesture

Labour insisted it was “committed to challenging and campaigning against racism, within the party and the country”.

The ruling Conservative Party’s record of racism, of course, is much worse than Labour’s. A former Tory minister, for example, said in 2001 that the party had an “endemic racism” problem. And current prime minister Boris Johnson himself has previously used racist caricatures to describe Black people. Indeed, his long record of discriminatory comments against people who aren’t upper-class white males has made him the very embodiment of an elitist, racist party with fascist allies. The Windrush and Grenfell scandals also come to mind.

Just this weekend, the Conservative government has faced accusations of covering up structural racism in an official report:

The Government’s review into #Covid19 health inequalities sends a negative message to the BAME community.

But the Tories being terrible shouldn’t let Labour off the hook. And that’s why many Black progressives are rightly calling out Labour’s woeful response to the Labour Leaks scandal. Black Lives Matter. And Black people deserve so much better.