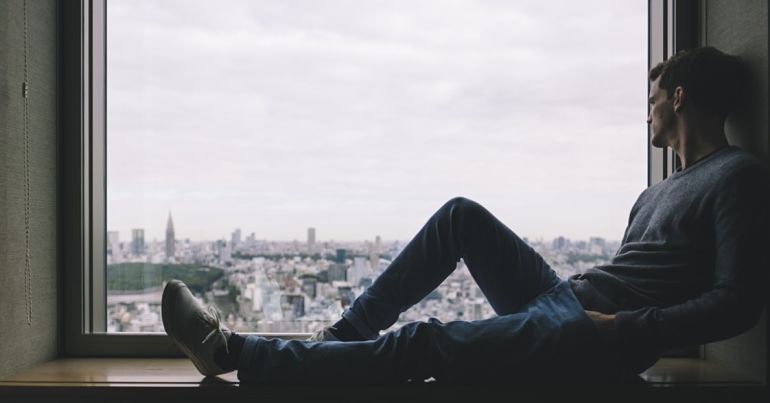 More than half of young people who said their wellbeing has been affected by the coronavirus lockdown have experienced loneliness, analysis suggests.

An Opinions and Lifestyle Survey from the Office for National Statistics (ONS) found that 50.8% of those aged 16 to 24 said they were lonely during the lockdown.

By contrast, just under a quarter (24.1%) of people aged 55 to 69 who reported their wellbeing as being affected by the lockdown said they had felt lonely.

The oldest age band, those aged 70 and over, were no less likely than average to report lockdown loneliness.

The data, collected from 3 April to 3 May, is divided into chronic loneliness and lockdown loneliness.

A total of 5,260 adults were asked about chronic loneliness – the percentage of those who feel lonely “often or always”.

And 2,440 people in the overall group were asked about lockdown loneliness.

This question was only asked to respondents who had reported that their wellbeing had been affected in the past seven days (30.9%) and that they were “very” or “somewhat worried” about the effect of coronavirus on their life.

Single (53.0%) and widowed people (51.2%) were more likely to feel lonely during lockdown, as well as those who are divorced or separated from a civil partner (53.2%).

Dawn Snape, assistant director of sustainability and inequalities division, ONS, said: “The Office for National Statistics has been researching people’s well-being for nearly a decade, providing a different perspective on how our country is doing, and on social inequalities.

“Lockdown affected everyone, but responses differed. During that first month, the equivalent of 7.4 million people said their well-being was affected through feeling lonely.

“‘Lonely’ people were more likely than others to be struggling to find things to help them cope and were also less likely to feel they had support networks to fall back on.”