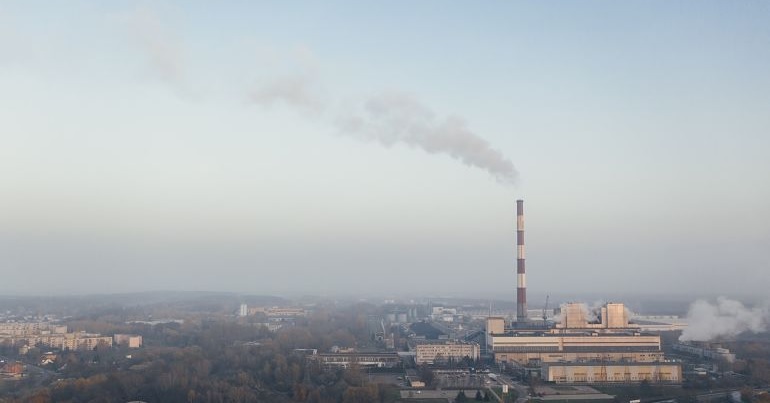 For the last couple of months, global human society effectively stood still. Initially, the signs looked good that the global shutdown was having a positive effect on the natural world. Wildlife appeared to be thriving. Emissions and pollution plummeted.

Now, we have the clearest measure so far of what lasting impact the lockdown has had. The Scripps Institution of Oceanography has released its CO2 readings from the Mauna Loa Observatory in the US. They show that, despite the lockdown, CO2 levels have reached a record high.

Essentially, the data reveals that two months of significantly reduced human activity did not make a dent in the damage we’ve done to the planet. It ultimately confirms that nothing short of wholesale systemic change will do – with the rejection of fossil fuels at the heart of that transformation.

The disturbing record is a call to arms – if we’ll open our ears to it.

Back in January, the Met Office predicted that 2020 would see one of the highest annual increases in CO2 levels since records began more than 60 years ago, to 417 parts per million (ppm) of CO2 in the atmosphere in May. May is generally the month of the year where CO2 levels reach their yearly peak; September/October is usually the lowest annual point. The Met Office partly attributed the rise to the fallout from the Australian wildlfires.

The new figures from the Mauna Loa Observatory show that the Met Office was right on the money. As the Guardian reported on 4 June:

Pre-industrial levels of CO2 were around 280ppm.

The increasing levels of greenhouse gases like CO2 in our atmosphere push up the temperature of the planet. As NASA explained in a 2010 study:

carbon dioxide is responsible for 80 percent of the radiative forcing that sustains the Earth’s greenhouse [warming] effect.

Most countries around the world are now under lockdown to help stem the spread of the novel coronavirus. Given that huge consideration, there is a general impression that there must be a dramatic drop in global greenhouse gases emissions.

However, the figures from forecasters show that the expected fall in emissions will just be more than 5% in 2020. That would already be the greatest annual reduction on record. But it’s still short of the 7.6% decline that scientists say is needed every year over the next decade to stop global temperatures from rising more than 1.5 degrees Celsius (in compliance of the Paris Agreement). For highly industrialised and developed countries, a double digit decrease in emissions is actually needed.

Shipping remains constant, aviation is down by 40% and manufacturing has been slow to shut down. There is a collapse in oil demand, but the International Energy Agency (IEA) still expects the world to consume 76.1 million barrels a day in the second quarter of this year. In many countries in the global south (ex. Philippines, Ecuador, South Africa), TNCs [transnational corporations] did not stop mining and in fact governments used the lockdown to force entry in communities and territories where there [is] resistance when people [were] physically isolating.

We were on course for worse

Ralph Keeling is a geochemist at the Scripps Institution of Oceanography. His father invented the Keeling Curve, which is the official name of the CO2 measurements record.

Keeling said that the increase could have hit 2.8ppm, rather than 2.4ppm, had the lockdowns not happened. He asserted that humankind would have to reduce its fossil fuel use by 10% globally for a year in order for the reduction to have a significant impact on CO2 levels. Keeling explained:

People may be surprised to hear that the response to the coronavirus outbreak hasn’t done more to influence CO2 levels. But the buildup of CO2 is a bit like trash in a landfill. As we keep emitting, it keeps piling up. The crisis has slowed emissions, but not enough to show up perceptibly at Mauna Loa. What will matter much more is the trajectory we take coming out of this situation.

The geochemist said only long-term systemic reductions, such as a sustained change in people’s travelling and working habits, would make a difference to the upward trajectory of CO2 levels in the atmosphere.

Back to funding pollution…

Unfortunately, such a sustained change doesn’t appear to be happening. We are not transforming economies and societies on the scale the climate crisis demands, which the coronavirus (Covid-19) pandemic has provided the opportunity for. For example, the European Central Bank’s (ECB) governing council met on 4 June to discuss its monetary policy in response to the coronavirus crisis. The council agreed to increase its pandemic emergency purchase programme (PEPP) by “€600 billion to a total of €1,350 billion”. The PEPP is the vehicle through which the ECB is funding asset purchases during the crisis. In a press release on the funding increase, three groups – Reclaim Finance, SumOfUs and 350.org – said:

This meeting was a key opportunity to put the ECB’s monetary policy at the service of the ecological transition, thus responding to economical urgency while building a fairer, more sustainable society, and avoiding future Covid-like shocks. However, the governors decided to fully ignore this major issue.

Prior to the meeting, Greenpeace released analysis that showed the ECB had purchased assets in the form of corporate bonds to the tune of almost €30bn since mid-March, with €7.6bn of that being ‘injected’ into fossil fuels. Greenpeace said:

With the purchase of bonds from just seven big polluters, the ECB contributed an estimated 11.2 millions tons of carbon emissions into the atmosphere, which is more than the entire annual emissions of Luxembourg.

Meanwhile, a joint investigation between the Bureau of Investigative Journalism and Unearthed revealed that a number of UK-based banks and financial institutions have been funding Brazilian meat companies linked to deforestation in the Amazon for years. As Unearthed has previously reported, Amazon deforestation has ‘soared’ since the start of the pandemic – with Brazil’s president Jair Bolsonaro intent on further weakening safeguards for the critical ecosystem. Unearthed – Greenpeace’s investigative unit – said:

Deforestation (along with the meat industry) is a major contributor to the climate crisis. Because forests play a major role in absorbing carbon from the atmosphere. They also provide habitat for vast amounts of the world’s wildlife, ensuring the ecosystems on which all life depends – including human – remains intact.

In short, in the wake of one existential crisis, humankind is hurtling its way towards another, worse one. We’re failing to learn the lessons recent history has taught us. The coronavirus pandemic highlighted how interconnected our world is: how the capture and killing of a certain species for food in one part of the world could catastrophically disrupt the lives of the world’s most dominant one: humanity.

Among the scientific community, this inter-connectedness has a buzzword: One Health. It’s the idea that the health of all of Earth’s natural beings – the plants, animals (including humans), and the ecosystems they co-create – are reliant on each other. It’s the scientific, health-focused version of Martin Luther King’s famous notion that “injustice anywhere is a threat to justice everywhere”.

This is the path towards salvaging what we can of the planet’s functionality. It means not poisoning the atmosphere. It means, to a large extent, not killing and eating other animals. Also, it means not killing the forests and contaminating the water. It means wholesale change, now.

The pandemic has proven that humankind is capable of temporary transformation for the sake of itself. The test now is whether we are capable of lasting change, for the health of all Earth’s beings. Essentially, it means finding out what humanity is really made of.