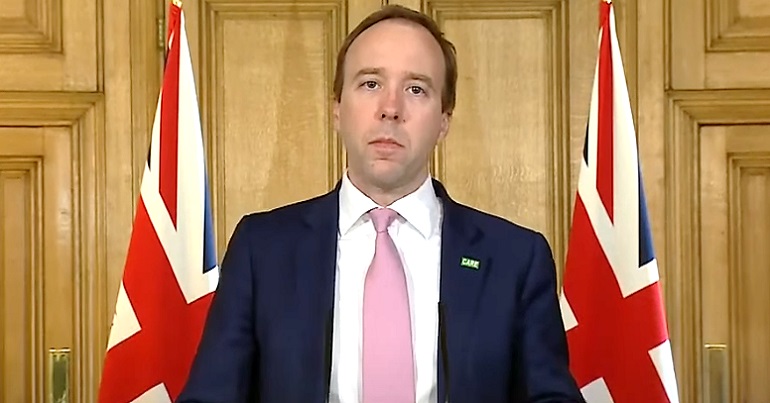 A storm has erupted over the failed government track and trace app for coronavirus (Covid-19). Because it’s emerged that it wasted millions of pounds on the unsuccessful tech. So, people are wondering where this money has gone. But we already know part of that answer.

The Guardian reported that on 18 June, health secretary Matt Hancock ditched the NHSX [the NHS’s tech arm] track and trace app. It said:

In an embarrassing U-turn, Matt Hancock said the NHS would switch to an alternative designed by the US tech companies Apple and Google, which is months away from being ready.

The Guardian noted that work started on the failed NHSX app:

in March as the pandemic unfolded, but despite weeks of work, officials admitted on Thursday that the NHS app only recognised 4% of Apple phones and 75% of Google Android devices during testing on the Isle of Wight.

Now, HuffPost has reported that the government has had to admit that the failed app cost millions. On Monday 22 June in the House of Lords, health minister Lord Bethell said:

People on Twitter were wondering where the money had gone:

You know that App that the Gvmnt paid nearly £12m for that has now been abandoned?

The contract was given just 3 months ago.

That's nearly £4 million a MONTH to write a smartphone App.

WTF did they spend it on?

The government ignored warnings and evidence from other countries that this particular project would not work and instead the ministers squandered at least £11.8m of public money on this costly and chaotic error.

Thanks to independent media outlet Byline Times, we already know where some of the money has gone: straight into the pockets of private companies.

Byline Times reported in May that the government had given contracts for the app to two companies: Go Pivotal (UK) and Zuhlke Engineering Ltd. The contracts were worth £1.3m and £3.9m respectively. But it seems that despite the government scrapping the NHSX app, these companies may have netted money already.

Go Pivotal’s contract ran for just over a month, from 23 March 2020 to 27 April, with the government paying monthly in arrears. So, it would seem the public have probably already paid Go Pivotal:

The contract with Zuhlke is less clear. It was agreed to run from 6 May 2020 to 10 November 2020, with a 30-day notice period. So, with Hancock officially abandoning the NHSX app on 18 June, there may be at least one month that the government will have to pay Zuhlke for, if not two:

The Canary asked NHSX for comment. We specifically wanted to know if it had paid Go Pivotal and Zuhlke Engineering Ltd any money in relation to the app. A Department of Health and Social Care (DoHSC) spokesperson said:

We were absolutely right to invest in the Isle of Wight phase – it has provided us with valuable information that we will now use to build an app that is right for the British public.

Our rigorous testing identified issues both with our app and the Google/Apple API, which did not estimate distance in the way we required. So if we had simply followed their approach we would be no further towards building a viable product.

We are now working on a solution that brings together what we have learned as we develop a new version of an app to support the entire NHS Test and Trace service.

£11.8m in terms of government finances is small change. But Reeves points out that the money could have bought PPE supplies. And moreover, this shambles is another example of failed privatisation and corporate interference in public services. Which is, of course, the Tory way.