The latest racist attack from The Times is truly chilling - Canary 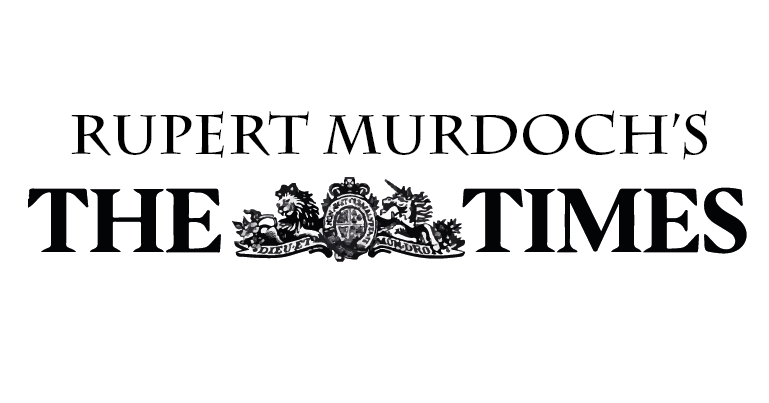 On 27 July, the Times published a vile racist attack on UK minority groups who already face daily “pervasive prejudice and discrimination”. And this comes as the Conservative government is pushing forwards with draconian legislation that will have a devastating impact for members of the UK’s Gypsy, Roma, Traveller (GRT) communities, as well as protesters and activists.

“The last acceptable form of racism?”

In 2017, a report from the Traveller Movement identified GRT discrimination as “the last acceptable form of racism”. An article by David Cameron’s former speechwriter Clare Foges has highlighted just how disturbing and prevalent this is in the establishment media.

On 24 July, three teenagers were convicted of manslaughter for the abhorrent killing of PC Andrew Harper. Many, including Harper’s family, feel that the three should have been charged with murder. Subsequently, many media outlets drew attention to the killers’ Traveller status.

Foges’ Times column took this to the next level. According to Foges, it’s wrong “to completely ignore the cultural context of this crime”. She says the killers’ “education was in petty crime” and calls to “end the squeamishness that prevents open talk about Travellers”. She continues:

Since the Equality Act 2010 recognised Gypsy, Roma and Travellers as ethnic minorities, race has been used to shield this culture from due scrutiny. Sensible questions about why those within these groups are more likely to be in prison, more likely to be illiterate or more likely to suffer domestic violence prompt cries of racism.

People pointed out quite how racist this attack really is:

Some ‘high brow’ racism from @ClareFoges at the @thetimes

Apparently we are using the Equality Act to shield us from scrunity and not as a defence again systematic racism.

She is shamelessly using the tragic murder of PC Harper to be prejudice against the GRT community. https://t.co/9sNO02Gfxr

Not least, because Foges has form on this topic:

This is just grand – didn’t realise the Times had its own Racism against Travellers correspondent https://t.co/uf082gCz44

What’s so disturbing about Foges’ column is the way she twists inequalities faced by GRT communities:

Travellers die about ten years earlier than the rest of us. They have higher rates of chronic illness. Their suicide rates are six times higher. …

As long as the culturally sensitive force-field exists around Travellers, [their] children are abandoned to a fate that should not be tolerated in 21st-century Britain.

This is part-based in tragic fact. But Foges uses this as evidence against people when it’s actually an indictment of the systemic racism and inequality GRT communities face.

Although Foges bemoans the convicted killers’ lack of formal education, people on social media also pointed out the huge inequalities and discrimination GRT children face. Conservative-led cuts have made this even more difficult:

In 2011 councils across the UK slashed their dedicated Traveller education teams in response to the Conservative Governments austerity policies. This may have some relevance 'to not being able to read or write': https://t.co/SjFf4ZyR8O

In the 2011 census, an estimated 63,000 people identified as GRT – although this figure is likely to to be an underestimation.

Gypsy, Traveller and Irish Traveller communities are recognised as ethnic minority groups. As such, they have – in principle – the same protections as other ethnic minorities in the UK under the Equality Act. But as a 2017 report found, GRT “experiences of prejudice are seemingly so common that they have almost become normalised”.

There is also another community of so-called “New Travellers”. This includes van, truck, and boat dwellers recognised as ‘cultural’ rather than ‘ethnic’ Travellers. All groups suffer from racism and discrimination. As support group Friends Families and Travellers explains:

Members of the Gypsy and Traveller communities can often face harassment and discrimination on a daily basis as a result of negative stereotypes and deeply ingrained cultural prejudices.

The statistics are shocking. In 2017, 91% of GRT people reported facing “discrimination because of their ethnicity”. Meanwhile, 77% had “experienced hate speech or a hate crime”.

As people on social media pointed out, Foges’ article epitomises and perpetuates this prejudice:

Just today, the Times actually published this. Just imagine it being published about Jewish culture, or black culture, or any other. Gypsy Travellers say prejudice against them is the last acceptable racism… pic.twitter.com/6mAs3Mp1Ns

Prime example of how the media feeds anti Traveller hate and racism leading to our suicide rates being seven times higher than the settled community. Shame on you @ClareFoges https://t.co/2kGCFjm947

Persecution of GRT communities isn’t new. The Holocaust Memorial Day Trust (HMDT) estimates around 20,000 “Roma and Sinti men, women and children” were murdered at Auschwitz-Birkenau. According to HMDT:

[This persecution] has parallels with that of the Jewish people. Both populations were targeted on the grounds of their race and had previously suffered centuries of discrimination.

As a Jewish person, I stand in solidarity with them against this vile bigotry – which is being increasingly mainstreamed in the media and in government policy pic.twitter.com/GiHvqjoqKr

Others, meanwhile, pointed out how dangerous and damaging these attacks are:

1/4 It's been a difficult day today seeing a number of articles, comments, and posts that openly attack Gypsy and Traveller communities and perpetuate racism and hate speech.

We know that seeing this kind of hatred can be painful to deal with.

Individuals commit crimes, not communities. Stop blaming an entire race, ethnicity or religion for the actions of one person.

Exactly this. People need to realise it's not a whole community who conspire to commit crime, it's a select few making their own choices. Justice has been served. RIP to PC Harper and I hope his family stay strong through this traumatic time. Our thoughts are with them 🙏🏻 https://t.co/EB5dRvwrqS

On 13 July, home secretary Priti Patel announced that the government will push forward legislation that discriminates against GRT communities even further.

The Travellers’ Times reported that lawyers are set to challenge these “new ‘hostile’ anti-Traveller laws”. It also noted:

the criminalisation of trespass and the other threatened laws could also criminalise homeless camps and protest camps and is an attack on the civil liberties of everyone – not just Gypsies and Travellers.

Awareness of racial inequality has reached new prominence through the Black Lives Matter (BLM) movement. Calls have gone out from GRT communities to show solidarity with BLM activists. The government has now been accused of “dragging its feet” on tackling racism. Attacks on GRT communities from Murdoch’s racist media empire and Patel’s intention to criminalise more people highlight the challenges we face. Wherever and whenever it rears its ugly head, racism can and must be challenged in all its forms.

Featured image via The Times (modified)