Johnson is royally put in his place at PMQs - Canary 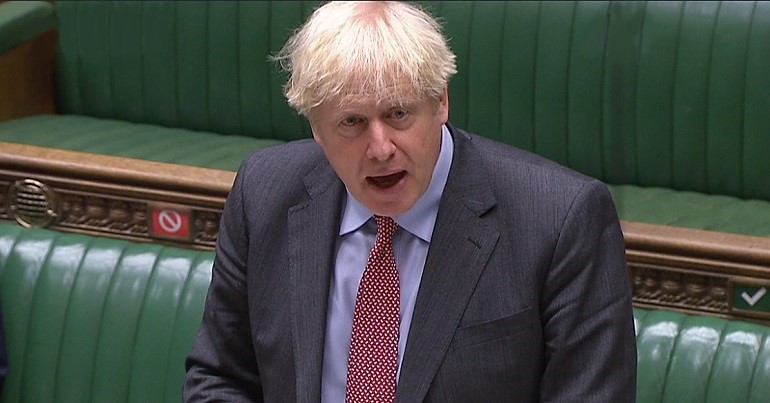 Another week, and another Prime Minister’s Questions (PMQs) has left some of us feeling, well – underwhelmed. But much like the previous week’s edition, the spark came from somewhere other than the Tory and Labour benches.

This week, it was down to speaker Lindsay Hoyle to put Boris Johnson in his place.

PMQs: Hoyle starts as he means to go on

It didn’t start well for Johnson. Lancs Live reported that Hoyle laid into the government over the controversial coronavirus (Covid-19) laws that MPs are fighting over. MPs want to be able to debate changes to the legislation, but the government doesn’t want to let them. Hoyle scolded the government. He said it had shown a “total disregard” for parliament. Hoyle then laid right into the Tories, saying:

All too often, important statutory instruments [changes to laws] have been published a matter of hours before they come into force and some explanations as to why important measures have come into effect before they can be laid before this House has been unconvincing and shows a total disregard for the House.

He chose not to allow any of the proposed amendments to be debated. This was because Hoyle thought that the set 90 minutes was not long enough. But this was just the beginning of his mauling of Johnson.

Keir Starmer then entered the fray; more’s the pity. Because as per previous weeks, his performance was lacklustre and not really worthy of too many column inches. Starmer focused on the chaotic lockdown restrictions that are in place across the UK. There was, however, one nugget from Starmer. He brought up Johnson’s ‘mis-speaking‘ over lockdown rules in the North East. Starmer asked:

If the prime minister doesn’t understand the rules… how does… [he] expect the rest of the country to understand and follow the rules?

It was all a bit mild-mannered, mind, whereas Johnson let rip in response. He said Starmer was trying to “undermine” the government’s plan. But this didn’t really land as a blow on Starmer, and the two men continued their usual backwards and forwards. The PM invoked his rather creepy ‘arms around the UK’ catchphrase again. If that doesn’t make your skin crawl, what will?

So, it was up to Hoyle to deliver some more ‘fire in the parliamentary booth’.

Fire in the (parliamentary) booth

Johnson chose to turn PMQs into ‘OLQ’s’ – asking opposition leader Starmer if he supported lockdown restrictions or not. This was too much for Hoyle. He intervened after Starmer responded, saying:

Look, it’s very important. But just to remind everybody: it is Prime Minister’s Questions, not opposition questions.

Calm but deadly from Hoyle. Which is more than can be said for Johnson and Starmer. One blustered and guffawed his way through PMQs. The other swerved from support to opposition without landing a blow. And you can probably guess which one was which.