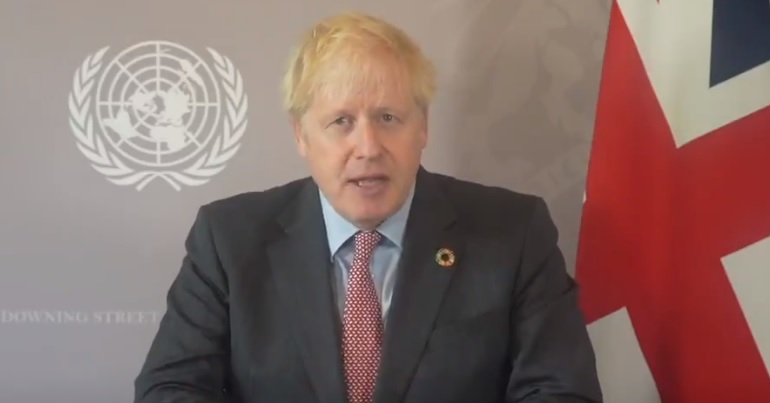 Ahead of the United Nations’ (UN) biodiversity summit on 30 September, Boris Johnson sent a message to the world. It was absolutely stunning, but for all the wrong reasons. Because the PM called on the global community to “leave the next generation a world every bit as diverse and wondrous as the one we inherited”. But his government is busy doing the exact opposite of what he’s preaching.

“The most dangerous species in history”

As the executive secretary of the Convention on Biological Diversity (CBD), Elizabeth Mrema, recently warned, nature and biodiversity loss are at “an unprecedented level in the history of mankind” because of the actions of “the most dangerous species in global history”. That’s us: humans.

In 2019, the UN Intergovernmental Science-Policy Platform on Biodiversity and Ecosystem Services (IPBES) reported that one million species are at risk of extinction. More recently, WWF released its 2020 Living Planet Report. It found that “wildlife populations have now plummeted by 68% since 1970”. As Mrema’s comments suggest, human activities, such as our meat consumption, trading in wildlife and destruction of natural spaces, are all driving this loss. Nonetheless, the world’s leaders are doing too little to reverse the situation. The UN Environment Programme (UNEP), for example, revealed on 15 September that the global community hasn’t fully met a single one of the 20 biodiversity targets governments set a decade ago.

So Johnson took to Twitter ahead of the UN Biodiversity Summit. In a 45-second video, he called for “concerted, co-ordinated, global action” to protect our “diverse” and “wondrous” world:

“Let us leave the next generation a world every bit as diverse and wondrous as the one we inherited.”

Alongside 60 other world leaders, Johnson made a similar plea, signing the Leaders’ Pledge for Nature launched on 28 September. The initiative sees leaders commit to reversing biodiversity loss by 2030 through a series of actions on pollution, financing, waste and more. In Johnson’s short speech at a virtual UN event for the Pledge’s launch, he said his government was “absolutely committed to tackling biodiversity loss” and called for countries to turn “words into action”.

There’s a gaping chasm between Johnson’s words and his own government’s actions, however. As conservationist Chris Packham pointed out, for example, while Johnson waxed lyrical at the UN event, HS2 – the Tory-backed, high-speed railway that is widely expected to serve mainly wealthy travellers despite its extortionate cost being footed by the taxpayer – “destroyed” ancient woodlands and a nature reserve:

As @BorisJohnson told world leaders ‘We can't afford to dither and delay because biodiversity loss is happening today’ and promised to protect 30% of our land by 2030 , HS2 destroyed Little Lyntus and Fulfen ancient Woodlands and smashed up Calvert Jubilee Nature Reserve . pic.twitter.com/PaoDvNgLEk

Meanwhile, the campaign group Wild Justice is heroically trying to rustle up support for an immediate ban on the shooting of badgers after Johnson’s government approved the killing of thousands more of them this autumn:

Good morning! 46,000 signatures opposing the shooting of Badgers and this is only Day 6. https://t.co/Kbgv8IPZBn

Maybe you could add your voice too, please? And ask a friend? It's still quite a long way to 100,000 signatures. Thank you.

Tory-led governments have been killing badgers en masse since 2013, claiming that badger culling is necessary to tackle TB in cows. In March, Johnson’s government made a big song and dance about ending this deeply unpopular and scientifically dubious policy. But that was apparently little more than a PR exercise, because a huge further cull is now underway. As Badger Trust CEO Dominic Dyer said:

This could push the species to the verge of local extinction in many areas of England, which they inhabited since the Ice Age.

It’s not just badger murdering or HS2’s woodland butchering that doesn’t stack up with Johnson’s rhetoric either. His government has recently exempted hunters and grouse shooters from coronavirus (Covid-19) restrictions so they can go about their merry wildlife killing sprees. Johnson has also pledged to undo protections for the natural world  – “newt-counting” as he disdainfully put it – as part of his coronavirus recovery plan. The list goes on and on.

In short, Johnson talks a good game. But talking isn’t enough. And when it comes to taking action to protect our ‘diverse’ and ‘wondrous’ world, he’s doing anything but.