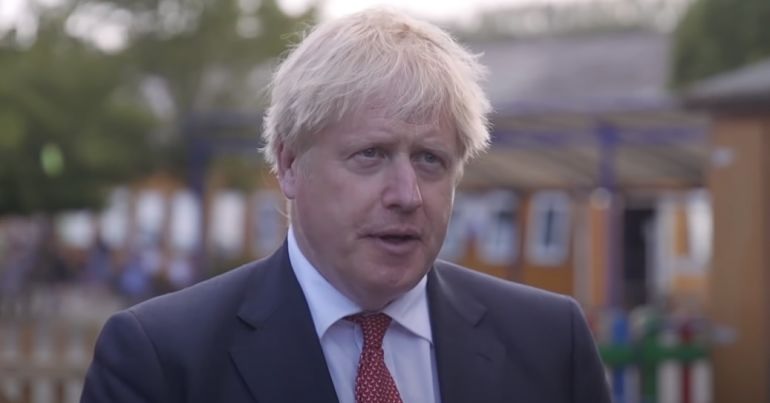 The Conservative government’s already limited trustworthiness lies in tatters after a leaked document revealed a “huge betrayal” over the controversial badger cull.

In March, the government made a big song and dance about changes to its deeply unpopular policy of mass killing badgers. It claimed it was phasing out the cull. As The Canary‘s Glen Black reported at the time, however, there was a critical loophole in its alleged policy shift: it retained the ability to add new culling zones (areas for killing).

Now a leaked document has revealed the government intends to utilise that ability from September, alongside further culls in previously targeted areas. And the scale of killing it has planned even exceeds its prior mass slaughter quotas.

According to the Badger Trust, 102,349 badgers have been killed since 2013. The government claims that killing badgers is an effective way of controlling TB in cows. Essentially, it argues it’s authorising the mass extermination of a wildlife species in order to reduce threats to the income farmers make from the rearing and slaughtering of a non-wild species. But many experts contest the government’s argument. In fact, a 2018 review sponsored by the government effectively found that the role badgers play in the spread of TB among cows is minimal. It advised that farming practices, such as biosecurity measures and testing regimes, may be more integral to the disease’s transmission. Following the deluge of evidence that threw its scientific grounds for the cull into question, the Conservative government suggested it was changing tack. It announced it was phasing out the cull and moving to non-lethal alternatives, such as vaccinating badgers and cows.

But the leaked document reveals that Natural England has identified ‘up to ten’ new cull zones. The Badger Trust calculates this will bring the total amount of 2020 killing zones to 54 and authorise the deaths of at least 64,657 more badgers, should the government rubber stamp the plans from its advisory body. That’s almost double the amount of badgers killed last year. Two areas the document identifies as 2020 zones are still awaiting cull figures. So the total amount of badgers due to be killed will ultimately be higher once Natural England adds those.

In March, the Government talked of an imminent end to the badger cull policy in favour of badger and cattle TB vaccination, a view largely accepted by politicians and the wider public

In reality, the Government is now pressing ahead with the largest destruction of a protected species in history…

This could push the species to the verge of local extinction in many areas of England, which they inhabited since the Ice Age.

Dyer also pointed out that the 2020 massacre will be likely to cost taxpayers over £70m. Vaccination programmes are much cheaper. So the choice makes no sense on economic grounds.

Worse still, the document lists Derbyshire as one of the new cull areas. The Department for Environment, Food and Rural Affairs (Defra) has previously planned to allow badger killing in the county. But it reversed the decision after intervention from the prime minister. The Derbyshire Wildlife Trust has been vaccinating its badgers. It is “firmly opposed” to the badger cull and says there is no “strong evidence” killing badgers has a major impact on reducing TB in cows. Plus, it says:

the cost of vaccinating a badger has been confirmed at just £82 compared to £1,000 to shoot a badger.

So it’s been vaccinating badgers since 2014. Campaign group Derbyshire Against the Cull says more than 1,000 badgers have received vaccinations so far. That means, if the government’s apparent plans go ahead, cull contractors and farmers may be killing vaccinated badgers. The government began a consultation on this very subject – how to “manage the delivery of both badger vaccination and culling” in areas of England – earlier this year. Obviously, there’s no justification whatsoever for killing badgers on the grounds it will prevent the spread of TB if those badgers have been vaccinated against TB.

Ultimately, the mass killing of badgers makes little sense at all. Given the inconclusive evidence in support of culling, the wealth of counter-evidence, and the costs involved, it’s indefensible. Add to that the fact we are living through a climate crisis and a mass extinction of species globally, the wilful destruction of hundreds of thousands of badgers – to prop up a highly environmentally damaging industry riddled with cruelty – borders on sadistic.