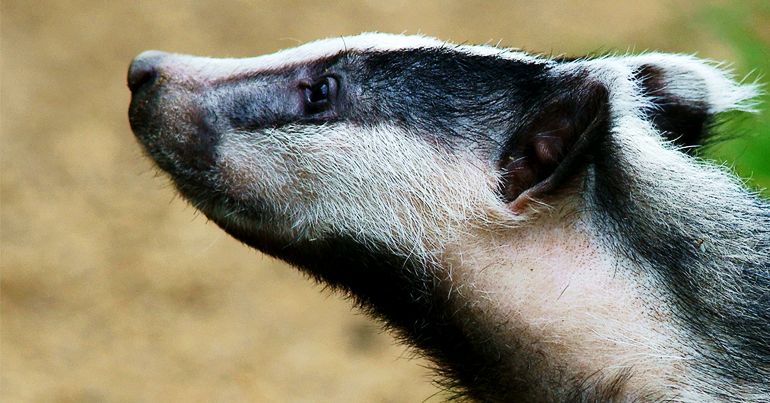 The government’s badger cull has killed nearly 68,000 animals over six years in an attempt to reduce bovine TB (bTB). But in Cornwall, where more than half of the county is subject to the cull, one group of farmers has chosen to go against the grain.

“We were so pleased”

On 11 February, Cornwall Wildlife Trust (CWT) announced it was working with farmers in mid-Cornwall to roll out a vaccination programme. A month-long appeal raised nearly £18,000 for CWT, allowing work to begin on reserves in the area. Twenty farmers are involved, covering several thousand acres.

Cheryl Marriott, head of conservation for the trust, said:

We were so pleased to be approached by this group of farmers in mid-Cornwall who were interested in finding an alternative to badger culling. They realise the potential of vaccination and want to start this spring, so we are doing everything we can to support them.

However, she also said further funds will need raising to cover the full cost of the four-year programme. Researchers from the Zoological Society of London have agreed to provide blood tests so any reduction in bTB can be tracked.

CWT began working with farmers in late 2018. Marriott said she gave a talk to a group of 30 farmers and, by the end, half had signed up to undertake vaccinations.

CWT said it’s “concerned” about accurate information on vaccinations reaching farmers. Marriott told The Canary the CWT will address these worries “via press releases [and] media”. She also said that this initial trial will itself be an important way of reaching a wider base. She hopes that it will:

raise the profile of vaccination among farmers as a method to control bTB in badgers, encourage the government to support vaccination in the high risk area, add to the research, and demonstrate the public support for this method.

Marriott also told The Canary that the area in which CWT is running the trial hasn’t previously been within a cull zone.

The badger cull has faced wide opposition from vets, conservationists, and wildlife campaigners. They say the spreading of bTB can be pinned on sources other than badgers. Moreover, the expense of culling dwarfs the cost of vaccination programmes. Despite this, the government remains committed to the 25-year “TB strategy”.

CWT’s news that farmers have voluntarily chosen to vaccinate is, therefore, an important victory for badgers and anti-cull campaigners across the country. We should applaud them for their bold decision. Farmers everywhere should take inspiration from their courage.