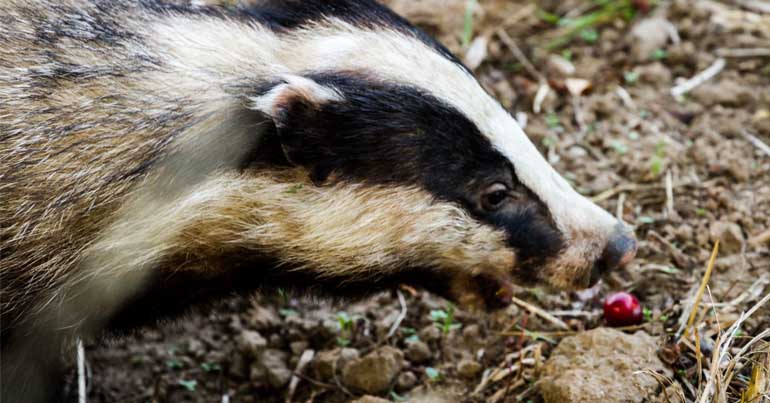 The government set out future plans for its strategy against bovine tuberculosis (bTB). Key to this “next phase” is vaccinating cows and badgers, as well as ending the controversial badger cull. Although widely reported and celebrated, the government’s announcement hid one crucial loophole.

“The government will retain the ability…”

The government said on 5 March that the “next phase” of the 25-year strategy against bTB contains “an intention to begin to phase out intensive badger culling”. It plans to replace the culls with a programme of cattle vaccinations, badger vaccinations, and better early detection of the disease. As the Telegraph explained, this means culls will end in all existing zones as they reach the end of their four-year cycles.

News outlets widely reported this as an ‘end’ to the cull. However, most omitted one major caveat in the government’s announcement:

the government will retain the ability to introduce new cull zones where local epidemiological evidence points to an ongoing role of badgers in maintaining the disease.

In other words, badger culls could continue if and when the government introduces new zones.

During the five years of culls from 2013 until 2018, the Department for Environment, Food and Rural Affairs (Defra) reported 67,878 badgers were killed. This led to Dominic Dyer, head of the Badger Trust, to condemn it as “the largest destruction of a protected species in living memory”. Defra is yet to release figures for the 2019 culls. However, estimates place the number at around 40,000 badgers.

Culling has been widely condemned by scientists, vets, and campaigners. Data also appears to show weak links between badgers and the spread of bTB. As The Canary previously reported:

analysis of the first three areas where the policy to cull badgers to tackle TB in cattle was implemented… found no reduction in the incidence of the disease in Dorset after two years of culling.

Researchers also said they saw decreases in the incidence of TB in livestock in the “buffer zones” around the culling areas in Gloucestershire and Dorset, which was unexpected as previous research had suggested there would be an increase outside the cull zone as infected badgers roamed around more.

But the government doubled down on the impact of culls in its most recent announcement. It said:

Independent scientific analysis has shown that badger culling has resulted in significant reductions in the spread of the disease to cattle with disease incidence coming down significantly in the two areas analysed, with reductions by sixty-six and thirty-seven percent.

As a result, the government hasn’t ruled out culling altogether. In fact, a group of badger protection organisations claimed new zones could open up as early as 2020:

Don't believe that badger culling is anything other than business as usual in 2020. The aim is to decimate badgers more and more for five years plus. 18 new zones in 2020? Vaccination of badgers a distracting sham. Tony Junipers eternal shame. pic.twitter.com/vIHvSrPRAI

No time to rest

The bTB strategy’s “next phase” is welcome for taking a more humane approach that campaigners have long been asking for. And it means anti-cull activists will be able to concentrate their efforts over the coming years:

If supplementary badger culling comes to an end then number of zones this year will be 43-21 that have completed 4 years. So drop down to 22zones.
That’s a huge increase of activists perkm2

But the glaring caveat leaves little room for comfort. And it means activists’ work against the cull will remain essential until the government calls off the culls for real.