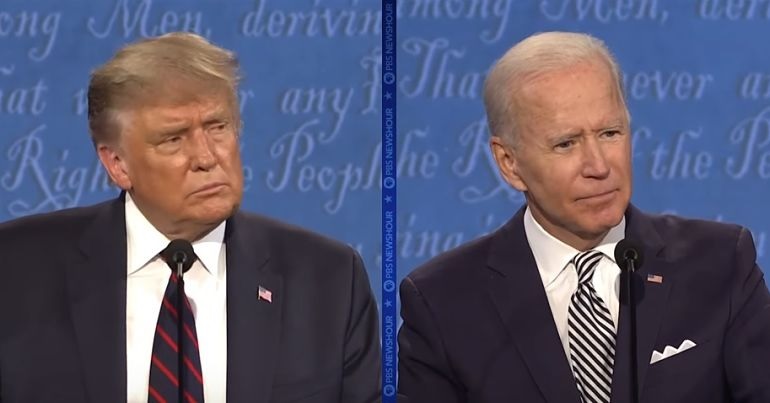 Contrary to initial expectations, the climate crisis did feature in the presidential debate on 29 September. Candidates also faced a question on the coronavirus (Covid-19) pandemic.

Presidential nominees got asked about climate change at a debate for the first time in over a decade— Here's what Trump and Biden had to say about the ongoing climate crisis #Debates2020 pic.twitter.com/xQfhsRyIYM

However, the biodiversity crisis, which is as important as the climate crisis and intrinsically linked to it, didn’t get a look in. Nor did a “dangerous problem” in the US, relevant to both the pandemic and biodiversity, get a mention. That’s the US’s massive involvement in the wildlife trade, including its vast trade in species known to harbour diseases.

The Center for Biological Diversity released a report titled DEALING IN DISEASE: How U.S. Wildlife Imports Fuel Global Pandemic Risks on 28 September. The report focused on the scale of imports into the US of bats, primates, and rodents. The Center said these animals “harbor 75% of known zoonotic viruses”, aka diseases that transfer to humans from other animals. The scientific community widely believes coronavirus to be a zoonotic virus.

Based on analysis of US Fish and Wildlife Service data, the Center found that the US imported “23 million whole animals, parts, samples and products” from these groups over a recent five year period. The trade included:

As the report explained, the totals for imports include amounts of skin, blood, and meat from the groups as well as products fashioned from their body parts. The Center said that “paperweights made with bats encased in acrylic, primate skulls for décor and rodent-fur fishing flies” were the most common commercial imports. Alongside commercial use, many were imported for scientific and biomedical research purposes.

Overall, the Center said that the US consumes around 20% of the global wildlife market. But it warned:

Despite its significant wildlife imports, the U.S. screens or tests virtually no imports for diseases, and only a handful of wildlife are banned from entering the country.

As its analysis of bat, primate, and rodent imports shows, many imported animals are dead on arrival. Only 1% of the bat imports and 4% of the rodent and primate imports the Center investigated came to the US alive. This doesn’t mean the disease risk is eliminated – it just means that the US “shifts the risk of disease emergence” to the countries where the wildlife is sourced.

As he’s done previously, Donald Trump blamed China for coronavirus in the debate. But the country is the number one source of US imports for bats and primates. So, as the Center asserted:

The trade data show that the United States cannot solely blame other regions of the world when new zoonotic diseases emerge.

Bats, primates and rodents are amazing animals, that naturally harbor diseases. When we exploit them through trade and habitat infringement, those diseases can infect us. The insatiable demand for wildlife products in the United States is a dangerous problem that can’t be ignored.

A WWF report released earlier this month found that there’s been a “68% average decline of birds, amphibians, mammals, fish, and reptiles since 1970”. The UN Environment Programme, meanwhile, recently revealed that the global community hasn’t fully met a single one of the 20 biodiversity targets governments set a decade ago.

In short, there’s no time to waste in tackling the biodiversity crisis or disease risk. That’s why the Center is calling for a ban or moratorium on the wildlife trade and for greater US conservation efforts to fight the trade globally. It said:

It is past time that wildlife-consuming countries recognize their role in driving disease risk and species loss. …

Only transformative change will suffice to protect our health and our planet.

Given what’s at stake for US citizens and the world at large, it’s unacceptable that this “dangerous problem” wasn’t given attention in the presidential debate.