Labour members back Corbyn against Starmer 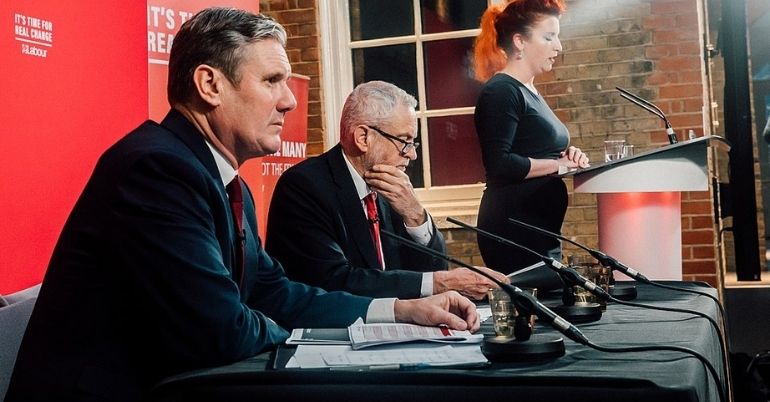 If Keir Starmer wants to get rid of Jeremy Corbyn, it seems he’s going to have to fight his own party. Up and down the country, Constituency Labour Parties (CLPs) have condemned the Labour leader’s decision to keep the Islington MP suspended.

Corbyn was originally suspended from the party on 29 October following his response to the publication of the EHRC antisemitism report. He argued that the levels of antisemitism in the party had been “dramatically overstated”.

That suspension has now been lifted. But Starmer has controversially ruled that Corbyn still cannot serve as a Labour MP.

Jeremy Corbyn’s actions in response to the EHRC report undermined and set back our work in restoring trust and confidence in the Labour party’s ability to tackle antisemitism. In those circumstances, I have taken the decision not to restore the whip to Jeremy Corbyn. I will keep this situation under review.

On 19 November 2020, Rushcliffe Constituency Labour Party met and discussed the withholding of the Labour whip from the former Party leader Jeremy Corbyn. We believe this decision to be unjust and politically motivated. We condemn Keir Starmer’s conduct, and we censure the Party’s General Secretary David Evans.

Jeremy has spent his life campaigning against racism, including antisemitism, and in defence of the rights of oppressed peoples. He is not an antisemite, nor has he engaged in antisemitic conduct.

We believe that Jeremy’s comments following the publication of the EHRC Report last month were correct, ‘One antisemite is one too many, but the scale of the problem was also dramatically overstated for political reasons by our opponents’. According to the EHRC Report, Jeremy was entitled to make these comments about the scale of antisemitism in the Party.

We call on Keir Starmer to immediately end his factional attacks. Jeremy must have the whip reinstated immediately, and every Party member who has been suspended for supporting his comments must be readmitted without delay.

This view was reflected in similar motions by CLPs all over the country.

In just one night motions have been passed in CLPs from Edinburgh to Bolton, Liverpool to Bristol calling for the whip to be reinstated to Jeremy Corbyn.

It's a membership revolt, it's happening across the Labour Party and it isn't going away.

Embarrassingly for Starmer, at least one CLP that backed him in the last leadership election also voted to condemn his actions:

A CLP that nominated Starmer for leader earlier this year.

There is going to be a tsunami of these motions from every part of the country, not just left-wing strongholds. https://t.co/IddHCp5Fzq

It appears that if Starmer wants Corbyn gone, he’s going to have a fight on his hands.