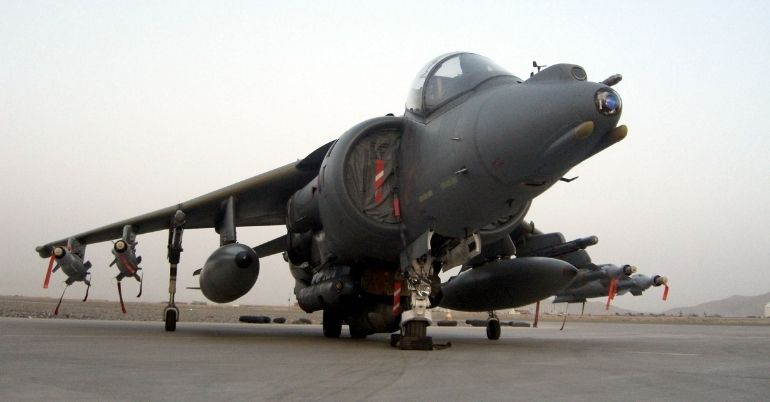 Labour has backed a gigantic war budget hike announced by the Tory government. The reported £16.5bn will go on ships and new technology like cyber warfare, artificial intelligence, and space capabilities.

It is said to be the biggest single increase in military funding since the Thatcher era:

The defence of the realm is the first duty of government.

We are investing an extra £16.5 billion in defence to end the era of retreat, strengthen our Armed Forces, and extend British influence as a force for good in the world 🇬🇧 https://t.co/SWRzM8Pdhu pic.twitter.com/j9EARz2DV9

This signals a welcome and long overdue upgrade to Britain’s defences after a decade of decline.

Financial experts, meanwhile, were quick to point out that it’s a great time to buy stocks in global arms firms like BAE Systems.

Some cash will be spent on traditional military equipment like ships, with Johnson telling the Telegraph:

If there is one policy which strengthens the UK in every possible sense, it is building more ships for the Royal Navy

But much is likely to go into new technology like cyber, artificial intelligence, and space warfare, according to some reports. New laser guns are also said to be in the pipeline.

This is excellent news for Defence, and provides us with the financial certainty we need to modernise, plan for the future and adapt to the threats we face.

The news comes in the midst of the coronavirus (Covid-19) pandemic, which has highlighted food poverty in the UK.

In his announcement, Johnson said it was a matter of priorities:

I have taken this decision in the teeth of the pandemic because the defence of the realm must come first.

But Labour backing the vast new war budget might surprise some people.

After all, a Labour line of attack against the Tories has been government mishandling of the coronavirus pandemic and the party has partly endorsed the campaign by Manchester United footballer Marcus Rashford to extend free school meals outside of term times:

We support @MarcusRashford’s call for Free School Meals over the holidays.

If the government can find significant extra funds for defence then surely they can find money for children in crisis. It’s appalling that hard-pressed families have to rely on food banks to get by, and that the services that might stop them spiralling into further crisis are being cut year-on-year with local authorities facing bankruptcy.

We need the government to take seriously its responsibility to the next generation and have a proper strategy for investing in children.

Other campaign groups and anti-war organisations also slammed the decision.

For far too long, UK security policy has been focused on military solutions, foreign wars of aggression and hypocritical and dangerous partnerships with human rights abusing regimes. These policies have caused a great deal of damage and have done nothing to keep us safe from many of the biggest threats, such as pandemics and climate change.

The government should reconsider its priorities. Our security is not advanced by throwing money at the military. It is strengthened by building fairer societies that support the most vulnerable, and by investing in our public services.

Peace Pledge Union pointed out that the same money could fund free school meals for 53 years. Stop the War Coalition started a petition calling for the money to go towards dealing with the pandemic:

Sign our petition calling on the government to prioritise the effort to tackle #COVID19 over increasing Britain's offensive military capacity. #HealthcareNotWarfare

Calls for a big investment in military technology were first raised by the top general Nick Carter. As The Canary reported at the time, he started publicly lobbying for a bigger budget started on Remembrance Day.

But the fact that Johnson has approved this massive budget hike and that Labour is seemingly willing to back it, speaks volumes about the real priorities of both parties.