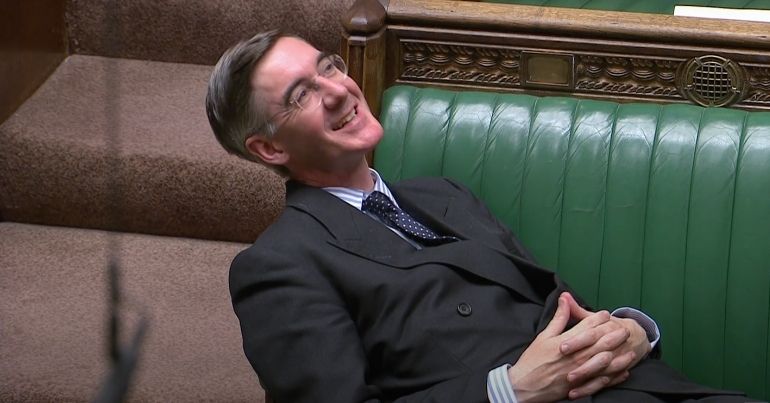 On 2 December, following independent scrutiny by the Medicines and Healthcare products Regulatory Agency (MHRA), the UK became the first country in the world to approve the Pfizer/BioNTech vaccine. Mass vaccination is due to start next week.

In response to the impressive breakthrough, leader of the house of commons Jacob Rees-Mogg claimed:

We could only approve this vaccine so quickly because we have left the EU. Last month we changed the regulations so a vaccine did not need EU approval which is slower. https://t.co/y2Az7okPdx

Thanks to #Brexit we can now move ahead swiftly and safely.

if we were still in the #EU, we would not have been allowed to roll out the #Covid vaccine.

This deluge of false claims is a confusing act of self-sabotage from the Tories. Those involved have tarnished the groundbreaking news of the UK’s coronavirus (Covid-19) vaccine rollout.

Meanwhile, education secretary Gavin Williamson simply explained that the UK was the first to approve the vaccine because “we’re a much better country”. This is an extremely illogical assertion to make considering that the Pfizer/BioNTech vaccine was developed in Germany by Turkish immigrants in partnership with a US firm.

Caught in the act

we have been able to authorise the supply of this vaccine using provisions under European law, which exist until 1 January.

This was set out in the MHRA’s statement on the Pfizer/BioNTech coronavirus vaccine in November, which reads:

Until the end of December, and as part of the transition period, Covid-19 vaccine candidates can be licensed (authorised) via the European Medicines Agency (EMA) and that authorisation will automatically be valid in the UK.   However, if a suitable Covid-19 vaccine candidate, with strong supporting evidence of safety, quality and effectiveness from clinical trials becomes available before the end of the transition period, EU legislation allows for temporary authorisation of supply in the UK, based on the public health need.

The Brexiteers’ lies sparked outrage across Twitter. Shadow justice secretary David Lammy called the Tory ministers out for lying and seeking to score political points at the wrong moment:

The UK is covered by EU law on this until the end of the year – the vaccine was approved on the basis of an existing emergency exception in EU legislation.

There is no need to play petty politics with what we should all celebrate as brilliant news. https://t.co/9kYEvHFpOO

Other Twitter users called on the social media platform to highlight the fact that these tweets may contain misleading content, as it did with the Trump campaign:

Dear @TwitterSupport, UK politicians @Mike_Fabricant, @Jacob_Rees_Mogg and @NadineDorries are all peddling dishonest nationalist propaganda about the Covid vaccine. Please mark their tweets up as being inaccurate

It’s evident that it will take much more than a global pandemic and a scientific breakthrough to end the spread of lies and misinformation by Tory Brexiteers. Come 1 January, we are likely to see the same MPs blaming the coronavirus pandemic for the havoc wrought by a hard Brexit.