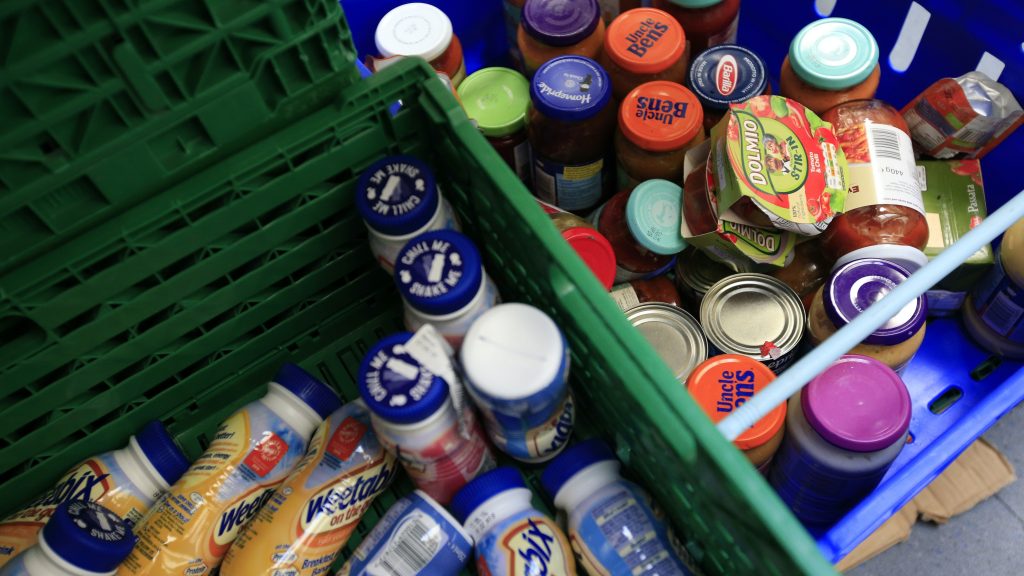 More than a third of families on benefits will rely on food provided by charities this Christmas, research suggests.

A survey for Save the Children found that 37% of families receiving Universal Credit and Child Tax Credit will rely on food parcels or meals handed out by charities. Almost two-thirds (65%) say they will have to cut back on essentials like food and heating to cover the cost of Christmas.

Half of the 1,000 families surveyed said they are worried about being able to afford presents for their children this year.

This has left them feeling ashamed, depressed and like “failures as parents”, the survey found.

Six in 10 families said they will go into debt to pay for Christmas, with 32% reporting they will borrow on credit cards. A fifth (21%) will use donated Christmas gifts as presents.

We have always been committed to supporting the lowest-paid families.

Rebecca and her eight-year-old daughter, from Norfolk, will be relying on donated food this Christmas. She said:

Last year a charity gave us a Christmas tree so we still have that, which is nice. On the one hand it’s so nice to have so much help, but on the other hand it’s demoralising. I want to pay for things myself but the Government just doesn’t give us enough support.

Save the Children is urging the government to extend past March 2021 the £20-a-week uplift to Universal Credit, introduced in April to help families during the pandemic.

Dan Paskins, director of UK Impact at Save the Children, said:

Every parent wants to protect the magic of Christmas for their children, but when you’re already having to make impossible choices between heating your home or putting food on the table, there’s nothing left over for gifts or treats.

Many struggling families have seen their household budgets stretched to the limit by the pandemic, and they will continue to feel the economic impacts of the crisis for some time.