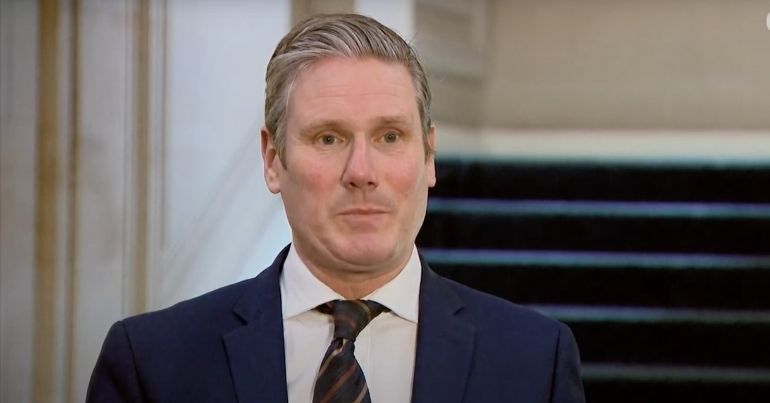 Vice-chair of Chingford and Woodford Green Constituency Labour Party Naomi Wimborne-Idrissi and chair Gary Lefley have been suspended following an online meeting in which they criticised Labour leader Keir Starmer and general secretary David Evans for their handling of the Equalities and Human Rights Commission’s (EHRC) report on antisemitism.

At the meeting, Lefley expressed solidarity with Jeremy Corbyn and accused Starmer of “collusion” with the Tory Party. Wimborne-Idrissi, a Jewish Voice for Labour leader, praised a speech highlighting the “weaponisation” of antisemitism. She went on to assert that the “cynical manipulation of Jewish fears and concerns is unforgivable and undermines all our work against racism of all kinds”.

This comes after the suspension of another left-wing Jewish Labour Party member, prominent mathematician and philosopher Moshé Machover on 30 November. It also comes after Angela Rayner’s warning that Labour will suspend “thousands and thousands” of party members over alleged antisemitism unless they “get real”. Judging by the suspension of Jewish Labour Party members for expressing views on antisemitism, it looks as though the Labour Party is more than happy to target its left-wing Jewish members.

Anti-racist activist Wimborne-Idrissi told Double Down News that she has been labelled “not a proper Jew; the wrong sort of Jew; self-hating Jew” for her support of Palestinian rights and her attempts to challenge the dangerous conflation of antisemitism, anti-Zionism, and opposition to the Israeli government.

In the wake of the witch-hunt, former Derby North MP Chris Williamson has established the Left Legal Fighting Fund to bring a legal claim against the Labour Party on behalf of those on the left who have “been treated appallingly through unjust disciplinary action”.

Wimborne-Idrissi was met with an outpouring of support on Twitter:

Solidarity with Naomi Wimborne-Idrissi this morning.

The Labour Party are a disgrace.

Others challenged Starmer about the decision, and highlighted the campaign to silence Corbyn’s supporters within the party:

A bit of advice.

When you're having to suspend an 84-year-old Israeli-born Jew from the Labour Party on the pretext of "fighting antisemitism", maybe it's time to admit it's not actually "antisemitism" you're fighting.

A concerted effort to shut down prominent activists who go against the narrative & who are supportive of @JeremyCorbyn.

It’s no surprise to me; we’re a threat because we are not “loony lefties” but, actually: sensible, rational & articulate.

They hate it. And us. Onwards…✊

Party leadership has made it clear that the likes of Wimborne-Idrissi are not welcome. It looks as though more Labour Party members who sit within the long tradition of Jewish radicalism are in danger of being silenced, intimidated, and cast out under the leadership of Keir Starmer.