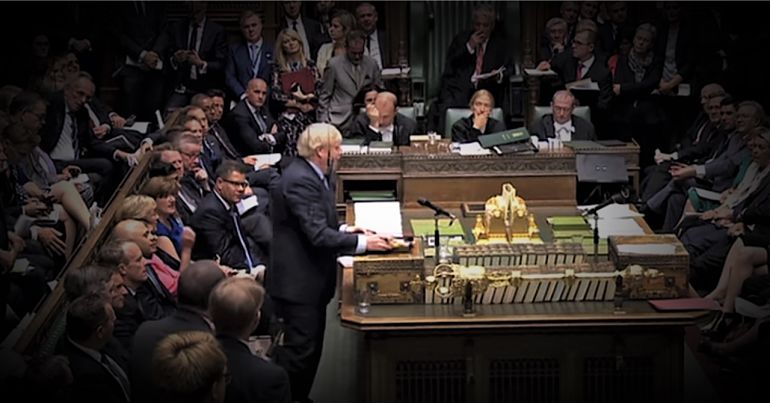 As part of our #FollowTheMoney series, The Canary can confirm that permission has been granted by the High Court to pursue a judicial review against the UK government over its allocation of coronavirus (Covid-19) contracts. The Good Law Project has filed and been granted permission for several cases against the minister for the cabinet office, the health secretary, as well as private companies which were awarded PPE contracts. These contracts have not been published or disclosed, which is a requirement under UK law.

The legal case, called The Fight for Transparency has been granted permission on some of its grounds with an initial hearing held on 3 December.

The Good Law Project has welcomed the decision:

Last week we learned the Court has given Good Law Project and EveryDoctor permission to bring our challenge against its decision to award contracts to Pestfix, Ayanda, and Clandeboye. The Court gave us permission on some – but not all – of our grounds of complaint. So we have asked the Court for a short oral hearing in which we will make the case to be given permission on the others. That hearing will take place this Thursday 3rd December

The hearing was a partial victory, with permission granted to add another complaint to two of the cases.

The Canary’s recently reported that around £700m had been given out in undisclosed contracts. Companies awarded PPE contacts include: a US jewellery brand, an offshore property trading company, a pest control business, and a company specialising in confectionery. Everything one looks for in PPE.

The contracts in question are:

However, The Good Law Project claims that the true figures could be much higher.

£4bn worth of contracts unaccounted for

The Good Law Project claims, as part of the Fight for Transparency case, that £4bn has been unaccounted for:

Despite Government’s attempt to argue that we had no standing to bring the claim, the Judge agreed there is an important public interest in securing that Government abides by the law and its own public procurement policy.

Government is required by law to publish contract details within 30 days of the award. But the average length of time taken to publish COVID-19 contracts now stands at a remarkable 78 days, with over £4billion worth of contracts totally unaccounted for.

The Fight for Transparency case is backed by a cross-party group of MPs including “Caroline Lucas (Green), Debbie Abrahams (Labour), and Layla Moran (LibDem)”. However, the full case will not be heard until later in 2021.

But it’s not the only case progressing through the courts. The Good Law project stated:

A few days later we heard we’ve also been granted permission to bring our challenge against the lucrative public affairs contract given to long-time associates of Michael Gove and Dominic Cummings at Public First.

In the Government’s summary grounds of defence, they do not even bother to argue that their decision to award the contract without competition was lawful.

“They are keeping their powder dry”

However, legal experts claim that the response isn’t surprising, especially as they were issued under judicial proceedings.

The fact that they’ve not specified that they acted within the law is not surprising- generally a defence would seldom say ‘we acted within the law’ it would be more likely to say ‘we’ve not acted unlawfully’. In regards to the content of the summary grounds of defence, it seems they are keeping their powder dry- it’s like a holding statement.

The summary isn’t surprising- on the basis they wanted a rolled up hearing, but reading the permission decision and from years of legal experience, it seems that the approach has not entirely found favour with the Judge.

Another case filed: This one’s against Operation Moonshot

The Good Law Project has also filed judicial proceedings in a case about Operation Moonshot, the governments mass testing scheme:

For weeks now the Government has refused to provide answers to simple questions around the programme for rapid turnaround testing, but its own documents reveal that work is already underway and that the programme could cost £100billion or more.

The Good Law Project has various concerns, including that the government didn’t ask for consent from parliament for the project:

Despite the potentially enormous commitment of public funds, Government will not disclose any information about what contracts they have already entered into. Our challenge is to the way in which they chose some rather odd counterparties – a familiar narrative to those of you who have been following the PPE scandal – and their failure to consult their own expert body, the National Screen Committee. We also have profound concerns that consent was never sought from Parliament for this absolutely mindblowing spend.

If the Operation Moonshot case is successful in gaining permission, it will be another groundbreaking step for The Good Law Project in their pursuit to hold government departments to account amidst the coronavirus pandemic.

More information about The Good Law Project’s ongoing cases, along with updates, can be found here.

You can stay up to date with this series by bookmarking our #FactOfTheMatter, or find our latest investigations here.