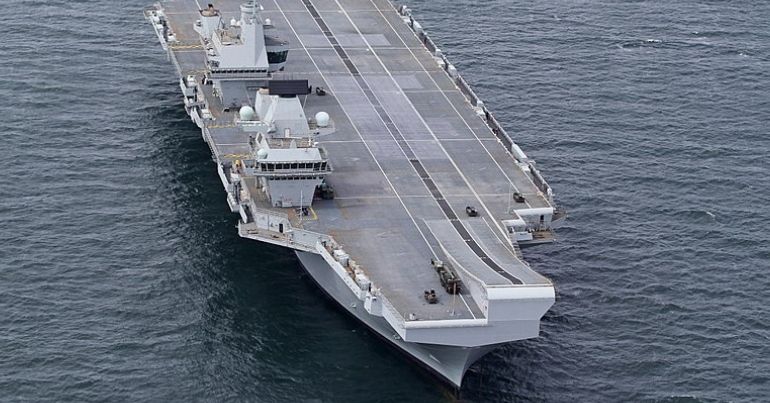 Breaking the rules, cyber-attacking civilians, and ‘aggression’ in international affairs are the way forward for Labour foreign policy, a former Navy officer has reportedly told a meeting hosted by the party’s Friends of the Forces (LFF) group.

Largely defunct under Jeremy Corbyn’s leadership, the pressure group was re-launched in June 2020.

I want to open up Labour again to our Armed Forces, their families and veterans across our country.

Turn off the lights

The meeting in question focused on threats to UK security. It was held online on 24 November and featured professor Peter Roberts, a former Royal Navy officer and director of military science at the Royal United Services Institute (RUSI).

Our thanks to Professor Peter Roberts from @RUSI_org for speaking at a LFF event tonight on risks and threats ahead of the Government’s delayed Integrated Review. Good to have so many comments and questions from attendees. Find out more about RUSI at https://t.co/vnGd6zv9H5 pic.twitter.com/sXYNqgzoTO

Peace Pledge Union (PPU) campaigns manager Symon Hill was in the audience. In a press release, PPU noted some of Roberts’ comments with concern:

Roberts said that he was “not talking about breaking laws” but repeatedly used the phrase “breaking the rules”. Asked to give examples, he suggested that if there was an attack by Kim Jong-Un, breaking the rules could mean choosing “to attack him in cyber and turn the lights off in downtown Pyonyang”. He added that US forces were often impressed by UK forces because of “our ability to bend the rules”.

Asked about the need for foreign policy not to appear aggressive, he said, “I’m pretty content with aggression”.

Roberts concluded by saying, “The Labour Party is the natural friend of the armed forces. I’m really looking forward to the re-emergence of the Labour Party with this mandate.”

Hill said that the Labour Party leadership had “vital questions to answer”:

Will they make clear that they do not support someone who calls for cyber-attacks on civilians through mass deprivation of electricity? Or for UK forces to use war in Syria as an excuse to fight war in the Arctic? Will Keir Starmer reconsider his praise for Labour Friends of the Forces given that they invited a speaker with such views, which were endorsed by the group’s co-chair?

Peter Roberts is right about one thing: obeying rules doesn’t make war ethical. The best response to this is to challenge war and militarism, not to back greater aggression. The rules that we want to see armed forces personnel breaking are the rules that require them to obey orders to wage war. We are glad that there are other people in the Labour Party, and other parties, who want to resist war rather than promote it.

But Starmer’s record so far doesn’t look good in terms of honouring this pledge. For example, Starmer sacked three MPs for refusing to abstain on the Tory Overseas Operations Bill which critics say could decriminalise torture during military operations.

And if he continues to support LLF and the policy ideas it is putting forward, then the future of Labour’s foreign policy looks very bleak indeed.

Professor Roberts and Labour Friends of the Forces have been approached for comment but had not responded at the time of publication. A full recording of the discussion has also been requested from LFF.