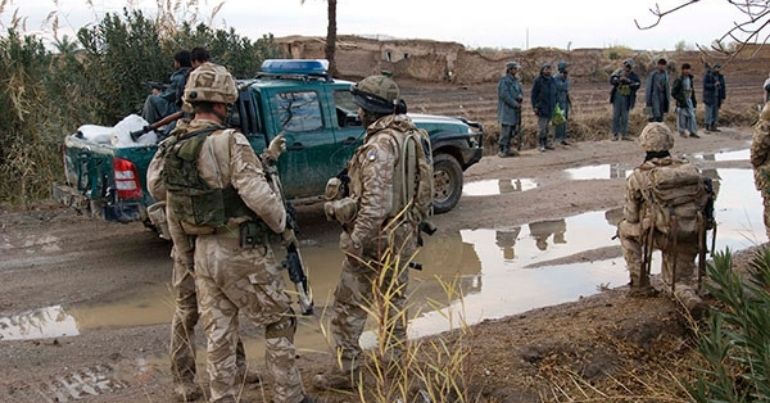 Peers in the House of Lords are giving the government’s controversial war crimes immunity bill a rough ride, with one peer describing it as “indefensible”.

Another warned that it was among the worst pieces of legislation they had ever seen, while a third peer said it would put service personnel on a “different legal basis” to the society they defend.

The Overseas Operations Bill aims to stop so-called ‘vexatious’ allegations being pursued against UK troops for abuse and even murder during the wars in Afghanistan and Iraq. It has been championed by former army officer turned veterans’ affairs minister Johnny Mercer.

Former generals, veterans, human rights groups, military charities and lawyers have slammed the bill for a variety of reasons. Criticisms include that it would stop troops suing the MOD, it would undermine the UK’s international standing, damage international law and deny victims justice.

The substantial Tory majority in parliament saw the bill pass through the Commons relatively unimpeded. It has now just finished its second reading stage in the House of Lords.

Among its provisions would be a “presumption against prosecution where five or more years have passed since an alleged offence on an overseas operation”.

Sexual offences are excluded from the presumption, so if a soldier tortures, rapes and kills a civilian, there is a presumption against prosecuting him for the torture and the murder but not for the rape. This is surely indefensible on any policy or moral basis.

Baroness Northover, also a Liberal Democrat, said the bill was one of the worst she had seen:

We certainly owe those Armed Forces a huge debt of gratitude. But I do not think I have ever participated in a piece of legislation which is so evidently flawed, except perhaps the Brexit Bill which sought to break international law.

Labour’s Lord Rotherham, meanwhile, warned that the provisions in the bill risked putting UK troops on a different legal footing to the rest of society:

We do a disservice to our troops, now and in the future, if we put them on a different legal basis to the society they represent and defend. We can and should make improvements in this House. The Government should take some time before they bring the Bill back to consider it. In that way, we might avoid that iron law of unintended consequences. We have a duty to do so.

Elsewhere in the press, former senior Royal Navy officer Lord West said the bill was probably in need of amendment:

"It does seem we are somehow decriminalising torture, and that cannot be right"

Another former senior officer reportedly warned that the new laws could create a state of “legal exceptionalism”:

Another CDS – Gen Lord Houghton – voices his concerns about #OverseasOperationsBill . He warns of dangers of creating “legal exceptionalism “…we will not legislate our way out of this problem ..it could make it worse for the people we are trying to protect “ #HoL Debate

The debate over this critical piece of legislation continues in the Lords.