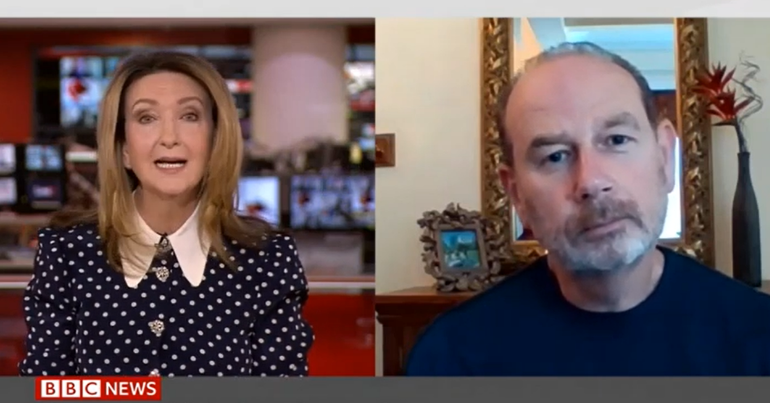 Victoria Derbyshire demonstrated why she’s one of the best journalists around as she refused to let the head of the Society of Editors dodge questions on press racism.

In an exchange on BBC News, Derbyshire asked Ian Murray:

You told me the British tabloid press was not bigoted. I’ve just given you some examples. You’re denying that those examples are racist, and I’m asking ‘why are you denying that?’

Murray then said “someone might make one comment about something” that he refused to call racist, after talking over Derbyshire throughout the interview. Derbyshire subsequently said:

But you’ve just told me the British press isn’t racist, and now you’re saying if you keep on looking you will find a racist needle in the haystack. So let me ask you again, are those headlines racist? Simple yes or no.

Quite the exchange between Victoria Derbyshire and the head of the Society of Editors this morning pic.twitter.com/2DMxvqwZX1

Ian Murray is on the #BBCBreakfast being grilled by Victoria Derbyshire because he claims the UK press isn't bigoted.

It's okay Ian, I found some examples for you. pic.twitter.com/mKMwZKtjb3

The British press has come under scrutiny for continual negative coverage of Markle that’s been called racist by many.

In a much-anticipated interview with Oprah Winfrey, prince Harry said tabloid racism was one of the main reasons the couple decided to leave the UK.

Frequent articles since their engagement have said things like Meghan has “exotic DNA“, or asked if Harry was marrying into “gangster royalty“.

…in which the head of the Society of Editors illustrates the truth of Harry and Megan's claims. Thankfully, Victoria Derbyshire illustrates the importance & value of genuine journalism.

Derbyshire used to have her own current affairs show broadcast on BBC Two. Victoria Derbyshire was highly praised, covering important stories such as learning disabilities, LGBTQI+ news, and domestic violence. It was cancelled in January 2020 to save money, with its last broadcast in March 2020.

This interview only highlights how Derbyshire is a journalist who’s not afraid to hold her interviewees to account, and makes the loss of her show even sadder.

What this guy says is a embarrassment to our trade & if was an SoE member (rather than an @NUJ-er) I'd be seriously considering my membership. Watching this, I feel sick to the stomach. Thank God for Victoria Derbyshire, who's proving we're not all like this #journalism https://t.co/mPdgEZ0ahT