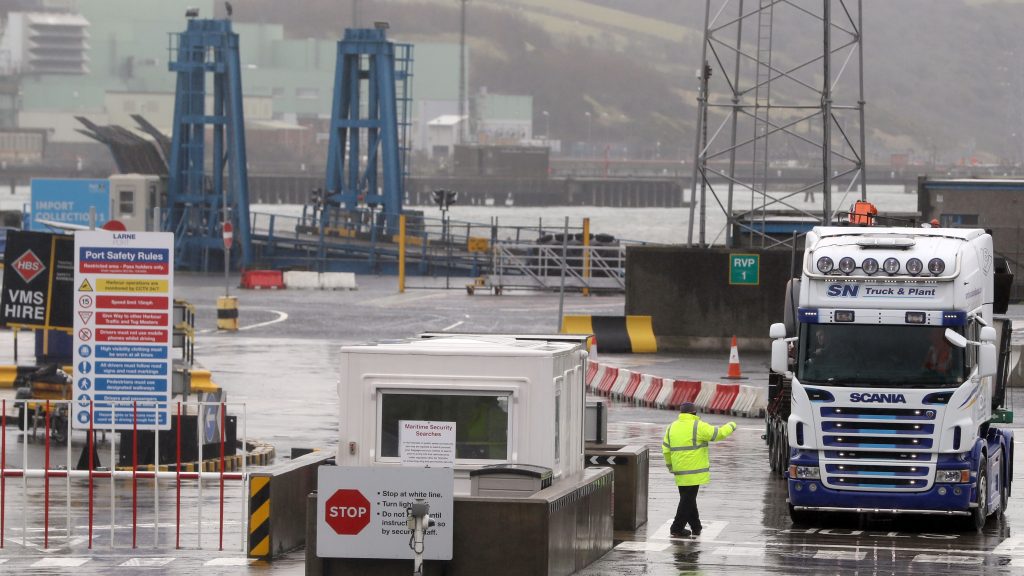 The UK government’s “provocation” tactics will not resolve the “complex” issues linked to new Irish trading arrangements, Labour has warned.

Ministers last week unilaterally extended grace periods limiting bureaucracy linked to the Northern Ireland Protocol, which governs trade post-Brexit, until October. They had been due to expire at the end of March.

But shadow Northern Ireland secretary Louise Haigh said the government’s unilateral response meant its “words cannot be trusted” by the EU and others.

The Belfast/Good Friday Agreement changed the lives of millions across these islands.

It is one of Labour's proudest achievements.

Today, we're launching a unique programme for members to tell the story of peace and why work to fulfil its promise goes on https://t.co/CUgWr8fV20 pic.twitter.com/J4XjdMsGdv

Asking an urgent question, she also told the Commons:

It raises serious questions about whether the Government has a strategy at all to deal with the complex realities facing Northern Ireland.

Provocation is not a strategy and a stop gap is not a solution.

Haigh asked the UK government to outline its intentions, adding:

Is it to push the Protocol to breaking point and undermine the cast-iron commitment to avoid a hard border on the island of Ireland, or is it to find the solutions that businesses are crying out for?

This is an extraordinary position for a government to be in – having to break the law and trash Britain’s international reputation to remove checks they claimed never existed.

She didn’t, from memory, at any point disagree with the substance of any of the measures we put forward, which are critical to protecting the flow of goods in Northern Ireland, so I assume she does inherently support what we’ve done.

Lewis said the government’s actions have been backed by a “range of businesses and the communities” in Northern Ireland, adding:

If we had not taken this action last week, we’d have seen disruption to food supplies in literally the next couple of weeks.

He said the measures are “consistent with a progressive and good faith implementation” of the Protocol, and do not change the UK’s legal obligations, with discussions continuing with the EU.

Simon Hoare, Conservative chairman of the Northern Ireland Affairs Committee, asked whether the government “understands the very destabilising effect on trust that such unilateral action brings on both UK-EU relations and on UK-Irish relations”. He said:

Can I urge the Government to desist from a narrative of unilateral action and debate, get round the joint committee table and make sure that the protocol works, that everybody understands that it’s here to stay and that it can benefit very significantly the people, the economy and communities of Northern Ireland?

What we need is a permanent solution to this problem, and frankly the sooner the better.