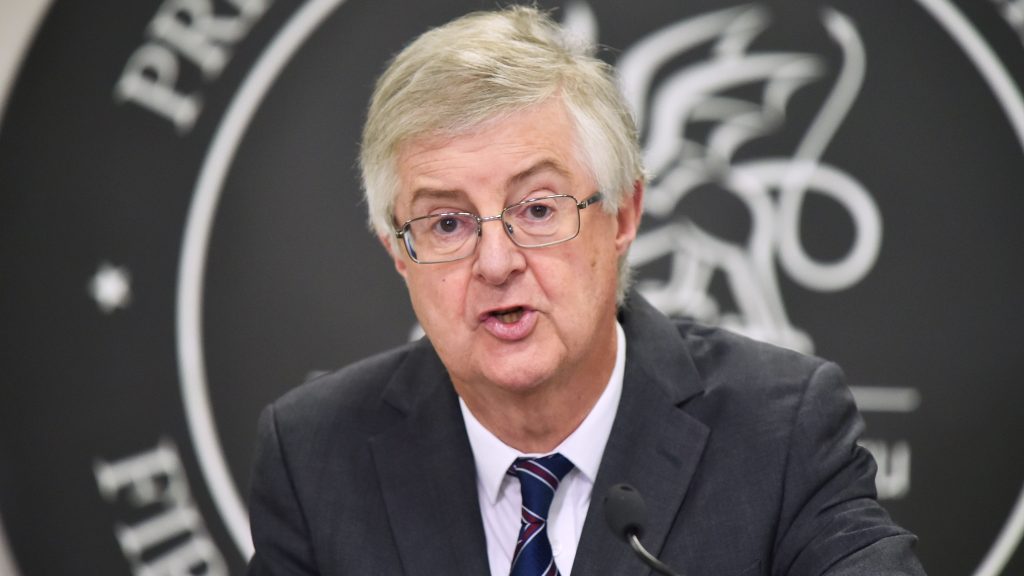 Remarks made by Mark Drakeford about Boris Johnson which were caught on film are “revealing” about the first minister’s commitment to the United Kingdom, the Welsh Secretary has said. Simon Hart also accused Drakeford – Wales’ most senior politician – of being “fixated with politics” during the pandemic, and said that he hopes the first minister now “slightly regrets” a clip of him saying the prime minister “really, really is awful”, which emerged during an S4C film.

Hart said that hearing the remarks made him question whether Drakeford “is really committed to trying to achieve UK-wide progress on some of the really important challenges that we face”.

He told journalists at an online press briefing:

I’ve sat in on numerous calls chaired either by Boris Johnson or by Michael Gove, and at no stage in the margins of those meetings have I ever heard either of them be anything other than courteous to Nicola Sturgeon, the Northern Ireland executive, or ministers from Welsh Government.

And it’s not because they agree with them, it’s not even necessarily because they have much in common. It’s because when all is said and done you respect the position.

In February 2020, the National reported:

Boris Johnson’s spokesperson has been forced to deny accusations the PM called Nicola Sturgeon “that bloody Wee Jimmy Krankie woman” during a No 10 meeting on climate change.

In January, the Daily Record reported on comments from Conservative leader of the Commons Jacob Rees-Mogg:

Jacob Rees Mogg dismissed the First Minister’s suggestion that the PM’s trip to Scotland to promote the UK-wide response to the covid pandemic was “non-essential”. …

He told the Commons: “Well, I used to think that Moanalot was a fictional character, but it turns out it’s actually the First Minister of Scotland.”

I just thought it was slightly depressing, and it made me question just how serious the First Minister was being about leading the country though a pandemic, or whether he’s actually fixated with politics.

And I thought that there was more fixation with politics than I found appropriate, and rather too little commitment to actually doing the things that ultimately we’re all there to do, which is to try and get through this pretty awful time for everybody and get out the other side with as much of our community and economy intact as we could.

I hope that he slightly regrets that clip ending up in the public domain.

“And so you can’t really have it both ways,” he added.

Drakeford told the Welsh Affairs Committee last week he believed the UK “is over” and a new union should be crafted to reflect a “voluntary association of four nations”. Under Johnson, support for Welsh independence has risen to its highest levels ever.