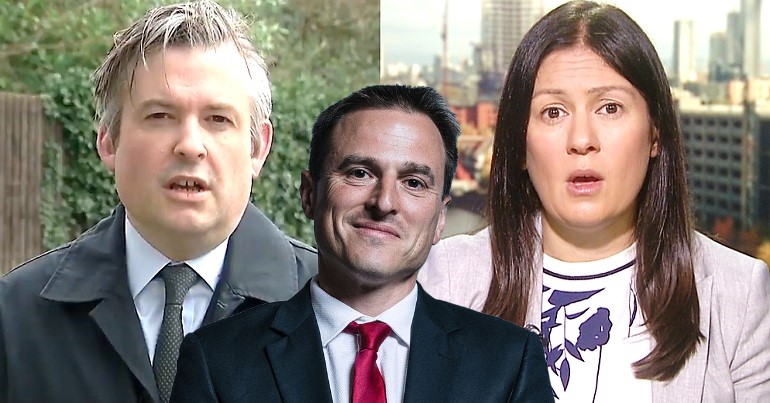 Members of Labour’s shadow cabinet rallied to defend the situation with the Hartlepool by-election on Sunday 21 March. If there was ever a case of flogging a dead horse, this was it. Because despite a growing scandal over the party’s candidate, senior Labour figures spent the morning firefighting live on TV.

The Canary previously reported that there’s a by-election coming up in Hartlepool. The previous Labour MP Mike Hill quit on 16 March. We wrote that:

Hill’s resignation follows reports that he used taxpayers’ money to fight a staff member’s claim of unfair dismissal, sexual assault, and harassment. According to the Sunday Times, he claimed £2,000 on parliamentary expenses for the excess on his employment liability policy.

So Labour needed a new candidate. Enter Dr Paul Williams, ex-MP for Stockton South. But his candidacy has already been contentious. As SKWAWKBOX reported, some of Williams’ Twitter output has been dodgy to say the least. Tweets included talking about “Tory MILFs”, praising the Saudi Arabian regime, expressing pro-war and what could be seen as Islamophobic views, and as SKWAWKBOX noted:

But the way Labour selected Williams has also caused anger.

This is because the party put him in place without a full selection process. As SKWAWKBOX wrote, Labour:

imposed [him] without giving members a chance to vote on who they wanted to represent them, despite misgivings about his local knowledge

In short, there was a shortlist of one: Williams. You’d be forgiven for thinking we’re back to the ‘good old days’ of Tony Blair parachuting candidates into seats. So, with a storm brewing around Williams, senior Labour figures had to go on the defensive on Sunday morning TV. It didn’t end well.

First up was shadow health secretary Jonathan Ashworth. On Sophy Ridge On Sunday, the host pushed Ashworth on Hartlepool’s “all-male, all-white shortlist of one”. Ashworth said:

Ridge said what many were probably thinking:

Just not this one?

Ashworth washed his hands of the situation, saying he wasn’t involved:

So the shadow health secretary had no explanation for the one-person Hartlepool shortlist. Would Lisa Nandy fair any better on the Andrew Marr Show? Obviously not.

The shadow foreign secretary was probed by Marr on Hartlepool, too. He asked her about Williams’ “MILFs” tweet. Marr asked if Nandy agreed with Shami Chakrabarti who said Williams’ tweet was “completely unacceptable misogynistic abuse” and that Labour should remove him. Nandy said:

I absolutely agree… that it is completely and utterly unacceptable. He was right to apologise. And if he hadn’t apologised, frankly, we’d be having a very different conversation

So it’s fine to be a misogynist, as long as you apologise?

No, I don’t think it’s fine to be a misogynist at all. But I think you need to recognise, Andrew, that we’re in a place where a lot of people have got this wrong in the past.

If Williams is genuinely sorry for his tweets, fine. And if he has learned from his mistakes, that’s also fine.

What isn’t fine is the way Labour installed him as the Hartlepool candidate. It’s against a backdrop of an ongoing purge of left-wing members of the party.

Moreover, Labour’s majority in Hartlepool was already slim at the 2019 election. But the leadership seems to have learned nothing – because Williams is clearly pro-EU, whereas people in Hartlepool voted by nearly 70% for Brexit. And with the Northern Independence Party looking like a “cause for concern” for Labour, the party may have just handed the seat to the Tories before campaigning even begins.