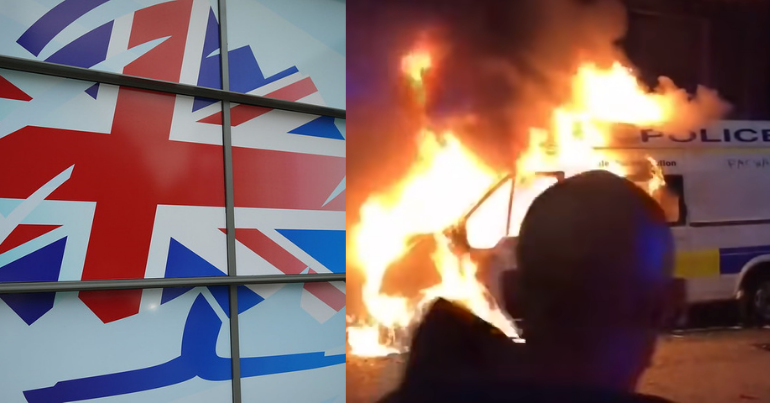 A Conservative candidate for Eastbourne council had to apologise after tweeting ‘”just bomb Bristol” in response to the weekend’s protests.

Stephen Halbhuber was widely criticised for his response to the videos of police in Bristol clashing with the demonstrators as they protested the government’s policing bill:

Hi prospective @Conservatives councillor @SHalbhuber you appear to have deleted your tweet about bombing Bristol.

It's OK we've got the screenshot for you.

Good luck in the election 👍 pic.twitter.com/5ZZ2OF2HBf

Several Twitter users asked the Conservatives whether Halbhuber was the sort of person they wanted representing them.

Halbhuber is running for the St Anthony’s ward in Eastbourne:

Not sure this is the sort of person who should really aspire towards public service.

Calling for an entire city be bombed – what a delightful human being Stephen is not. pic.twitter.com/smyQQge5pD

A @Conservatives candidate calling for Bristol to be bombed.

This is as dense as it is disgraceful. Violence is not the answer. pic.twitter.com/1ztlBa30hG

After the negative reaction, Halbhuber tweeted an apology:

I want to apologise unreservedly for my comments last night, and for any offence caused. Needless to say, it is not something that I believe or would advocate for. In the cold light of day, I completely regret them.

I have a responsibility to residents to act with propriety and tolerance. Yesterday, I fell beneath that standard, and can only apologise and promise to learn from my mistake.

As a Conservative candidate, this is a very inappropriate tweet. @pritipatel do you support prospective councillors making these suggestions?

Is that nuclear or conventional bombs? Asking for the city of Bristol.

Halbhuber’s tweet referenced the Bristol protest against the Police, Crime, Sentencing and Courts Bill. The bill, if enacted, will give police extra powers to impose conditions on protests.

Demonstrators gathered in Bristol on 21 March to protest the bill, beginning peacefully, but ending with police clashing with demonstrators.

Halbhuber’s suggestion to ‘bomb’ the city in response presents serious questions about the sort of people running for political positions as Conservatives, and whether the party will take action to condemn his words.