A year of government coronavirus incompetence - The Canary 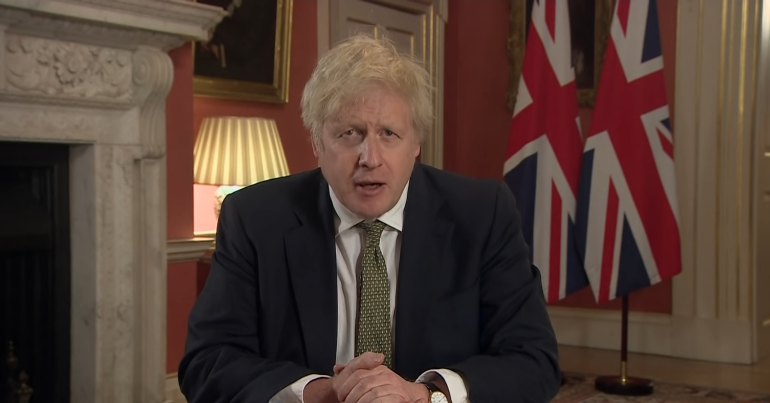 One year ago yesterday, on 23 March 2020, the prime minister announced a full national lockdown to control the spread of coronavirus (Covid-19). A year later, the UK remains under many restrictions, as one of the worst-hit countries in the world.

Even as the vaccine programme looks as if it’s rolling out successfully, calls have increased for an inquiry into the government’s handling of the pandemic.

Before lockdown even began, Boris Johnson had already missed several COBRA meetings about the virus, missed chances to join EU PPE schemes, axed widespread testing, and shaken hands with coronavirus patients despite being advised not to.

Starting from that foundation, here’s a look back at a year in lockdown.

After closing schools on 18 March, the prime minister announced the country would go into lockdown. The orders were to stay at home except for shopping for basic essentials and and one form of exercise a day.

This came too late and after many scientists and officials raised repeated concerns about the government’s coronavirus strategy, especially after advisers mentioned ‘herd immunity‘ as a possible strategy. The US’s Dr Anthony Fauci later called a herd immunity strategy “total nonsense”.

Matt Hancock announced a contact tracing system would be launched after the initial decision to stop tracing.

The test and trace scheme, run by private companies, is widely judged as a failure, and a report by the UK’s public spending watchdog later said seven out of ten contracts for test and trace were awarded without competition.

The National Audit Office (NAO) estimated £4bn has been spent on the contact tracing app as of October 2020. The NAO also said the government has signed £7bn in contracts, with £6.2bn of this total for testing, and the rest for tracing.

In a briefing, the government admitted the UK was running out of Personal Protective Equipment (PPE). A doctor who had previously made a plea for proper PPE directly to the government died from the virus only a week before the shortage was admitted.

A BBC Panorama investigation into PPE shortages later found that the government ignored advice to fill in crucial gaps in its PPE stockpile.

PPE contracts worth billions were also awarded without competitive tender, and suppliers with political connections were given ‘high-priority’, meaning their bids were more likely to be successful.

In some cases, government-ordered PPE failed to meet safety standards.

The UK has the highest death toll in Europe, leading to calls for an inquiry into the handling of the pandemic.

Dominic Cummings gave a press conference after it emerged he had driven to Durham with his family while under lockdown restrictions. He admitted suspecting he and his wife had coronavirus, but did not apologise for the decision or resign.

People across the country condemned the hypocrisy of the decision, but Boris Johnson did not fire Cummings.

Chancellor Rishi Sunak’s ‘Eat out to help out’ scheme began, immediately seeing a 30% rise in the number of people visiting the high street.

The scheme was an economic success, but coincided with a significant rise in coronavirus cases. When the second wave began, a SAGE scientist called the scheme “unwise” and urged the government not to reintroduce it.

A report by the Institute for Government found scientists said they were not consulted before the scheme was launched, with one expert calling the scheme “epidemiologically illiterate”.

Children began returning to schools in September. Within less than a month, the percentage of schools partially closed and numbers of pupils absent rose significantly.

Schools were kept open as cases began to rise and an increasing amount of the country went under tiered restrictions.

The prime minister announced a second national lockdown as cases continued to climb. It was slated to last for four weeks, with schools remaining open and a view to driving down cases so families could gather for the Christmas holidays.

SAGE and another group of scientists had proposed an October two week lockdown as the second wave began in September.

As a new variant of the virus increased transmission, Johnson cut the number of days households could mix over the holidays from five to just Christmas day. In some areas of the country, it was scrapped entirely.

Scientists had been advising shortening the mixing for weeks, and said making the decision so late made things much “more difficult”.

Johnson announced the third national lockdown as case rates soared above the April 2020 peak. Schools closed and the UK was told to stay at home again.

The UK death toll crossed 100,000. The prime minister said he was “deeply sorry”, while refusing to answer questions about problems with the UK’s response.

Schools reopened in full, despite scientists warning increased safety measures were needed to keep the R number below 1.

The vaccine strategy in the UK has been successful, with over 28 million adults now having received their first dose. Plans for reopening are in place over the next few months, but scientists are still urging caution.

Despite the optimism, as of yesterday, there have been 126,284 deaths from coronavirus in the UK. In light of this, the constant delay in following scientific advice, and wasted money, the prime minister’s assertion they ‘did everything [they] could’ rings hollow.