The BBC's shameful coverage of Israel's apartheid continues - The Canary 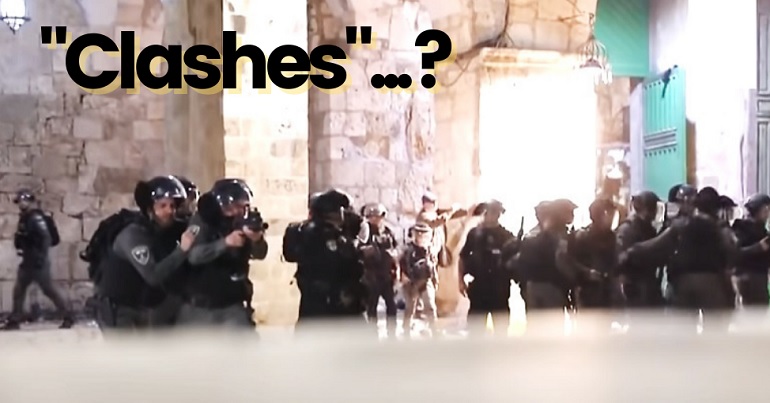 The BBC‘s coverage of the situation in occupied Palestine has left a lot to be desired. Far from acknowledging the reality of the apartheid state of Israel’s actions it actually appears intent on whitewashing it.

As The Canary previously reported, Israel is forcibly evicting Palestinians from their homes. It’s happening in the Sheikh Jarrah neighbourhood, among other places. An Israeli court said this could happen. This is despite some of the Palestinian families having lived in their homes since around 1956. The UN has said that the evictions “may amount to a war crime”.

The Canary‘s Sophia Purdy-Moore also wrote that Palestinians sharing info on the evictions are saying social media companies have “censored” their accounts. Musician and activist Lowkey tweeted that:

Or the 13 former Unit 8200 soldiers from the IDF currently working for Facebook mentioned by @_whitneywebb in her @MintPressNews piece. She mentions 28 at Google (including manager for trust and safety search) and 15 at Microsoft. https://t.co/AqF18r6ba0

All this comes after Israeli security forces killed a 16-year-old Palestinian boy called Saeed Odeh on 5 May. Yet still, they continue to attack people in and around the area amid ongoing protests over the evictions.

This has all been happening during Ramadan.

On Friday 7 May, Israeli security forces injured around 200 Palestinians at the Al-Aqsa mosque. Al Jazeera reported that:

The Palestine Red Crescent ambulance service said one of the injured lost an eye, two suffered serious head wounds, and two had their jaws fractured.

Then, as Middle East Eye reported on Saturday 8 May, Muslims observed Laylat al-Qadr. It noted that:

An estimated 90,000 Palestinian worshippers made it to the Old City for Laylat al-Qadr prayers… many on foot as Israeli authorities sought to block the passage of vehicles transporting Palestinians to Jerusalem.

And on Sunday 9 May, Middle East Monitor reported that:

Predictably, enter the BBC to completely distort the reality of the situation.

The BBC has repeatedly referred to the state-sanctioned violence of the Israeli security forces as “clashes” between them and Palestinians:

Hey @BBCNews You did it again?!
These are attacks by heavily armed Israeli forces on civilians. These are NOT clashes. #AlAqsa #HandsOffAlAqsa #BBsee pic.twitter.com/hiG4IXXs6d

The BBC framed the situation as the Palestinians starting it. It wrote:

Fresh clashes between Palestinians and Israeli police broke out in Jerusalem on Saturday, injuring dozens.

Protesters hurled stones at the police at Damascus Gate in the Old City, and officers responded with stun grenades, rubber bullets and water cannon.

It follows days of simmering unrest over possible evictions of Palestinians from land claimed by Jewish settlers.

But it’s not just the BBC calling Israel’s violence “clashes”:

Over 100 Palestinians were injured in clashes with Israeli security forces amid violence in Jerusalem and the West Bank, including at al-Aqsa, fueled by tensions on the evictions in Sheikh Jarrah.

More than 90 Palestinians injured after another night of clashes in Jerusalem https://t.co/LCdxIqBbQC

So, as Lowkey said, corporate media’s use of the word “clashes” is intentional:

The BBC has a history of this kind of coverage. As The Canary reported in 2020, BBC coverage of the situation for refugees fleeing war and dictatorships was similar in terms of masking the real perpetrators of the story: in that case, often the UK and other Western governments.

Lowkey summed up the situation in occupied Palestine by saying this was a story of “2 sides”:

This is just like the forced removals under apartheid in South Africa. Israel is a racist apartheid state: https://t.co/quHVougOWO https://t.co/RE0HJIdtFd

Yet the BBC is so concerned with following the establishment line that all this is just “clashes”. The people severely injured at Al-Aqsa mosque would tell a different story.