Strife in Colombia has been brewing for decades. Here's why we hear so little about it. - Canary 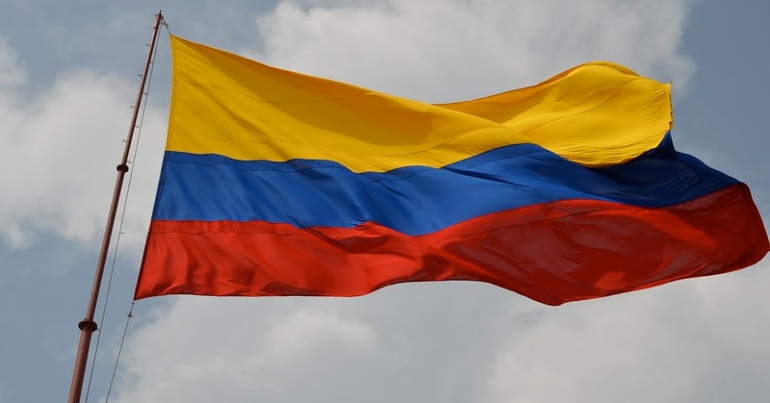 For the last week, waves of civil unrest have rocked Colombia. Intense press attention has gone alongside condemnation of the government’s response from international and regional organizations. The government now appears to be facing an existential crisis. But we need to be clear that this crisis didn’t come out of nowhere.

Colombia has suffered under one of the worst set of governments in all Latin America. This raises two obvious questions. Firstly, ‘why have we heard comparatively little from the corporate-owned media about the South American country until now?’ And ‘why does Washington seemingly give Colombia a free pass when it has such flagrant human rights problems?’

On April 28, Colombians took to the streets to protest a government austerity measure aimed at closing budgetary gaps stemming from the coronavirus pandemic. Called the “law of sustainable solidarity”, it became instantly unpopular for putting most of burden on ordinary people. The measure imposed a regressive sales tax on essential items such as milk. There was also a tax increase on utilities such as water and electricity. Compounding the harm was a law passed in 2019 that provided generous tax benefits to the finance, oil, and mining sectors.

The right-wing government of Ivan Duque has responded with heavy-handed measures. It sent in the military to several of Colombia’s major cities, which has led to multiple deaths and disappearances as well as reports of sexual violence toward demonstrators. As this article went to press, the death toll stood at at least 30 along with scores more injuries and many still missing. Under pressure from what quickly turned into a nationwide strike, Duque’s government back-peddled and withdrew the “sustainable solidarity” measure. But by then, the protests had morphed into a wider movement against his government. Protesters, for instance, point to Duque’s poor handling of the coronavirus crisis. Colombia currently has the third-highest coronavirus death toll in Latin America after Brazil and Mexico.

But, Colombia’s social, economic, and political pathologies long predate the outbreak of the coronavirus pandemic. Colombia, for example, holds the dubious distinction of being the second most unequal country in Latin America, which is itself the most unequal region in the world. Over 60% of the population, meanwhile, works in the informal economy. Many of these workers have access only to substandard public services. For example, though Colombia’s healthcare system has been described as “near-universal”, it has nevertheless been “widely criticized for providing dramatically inferior care to the less affluent”.

As a result of the decades-long armed conflict and fallout from the ongoing ‘War on Drugs’, Colombia is also one of the most dangerous countries in the world. Though security has improved in recent years, what is often left unsaid is that this came about through a massive increase in the presence and power of state security forces that has entailed a sharp increase in human rights abuses. Colombia, for example, is one of the most dangerous countries in the world to be a journalist or social activist. Among the latter, trade union activists are some of the most at risk.  Over the last decade the country has often been the number one most dangerous country to be a trade unionist.

In spite of this, Colombia often gets presented by Washington and its minions in the corporate-owned media as some kind of success story in the region. As a result, it usually falls to alternative media and progressive NGOs to highlight the myriad problems that Colombia faces. The reason for this is straightforward – Colombia is the US’s major ally in South America and dutifully follows Washington’s foreign policy and neoliberal economic agendas. This includes allowing US military bases on Colombian soil. In addition to this, it also involves dutifully following the dictates of Washington’s favored international institutions such as the International Monetary Fund (IMF).

As a reward for this obedience to US interests, Colombia has received generous US funding for its security forces. Plan Colombia, for instance, granted Colombia billions of dollars in security assistance for so-called ‘counter-narcotics operations’. These have provided a smokescreen for a ruthless campaign of displacement and related human rights abuses. So much so that Colombia has the largest population of internally displaced people in the world. Displacement has largely been carried out by right-wing paramilitary organizations, which have a long record of ruthless human rights abuses and have been responsible for the majority of civilian casualties throughout Colombia’s armed conflict.

In a cruel irony, there is considerable evidence that the Colombian government itself has been intricately linked to both these right-wing paramilitaries and to the drug trade. The ‘parapolitics‘ scandal, for example, engulfed Colombian politics during the presidency of Alvaro Uribe, who led Colombia between 2002 and 2010. It led to the conviction of over 30 members of the Colombian Congress and five governors for collusion with these paramilitary groups. Among those convicted were his own cousin Mario Uribe along with other political allies. The largest of these groups is the United Self-Defense Forces of Colombia (AUC in its Spanish initials), which the US government itself designates as a terrorist organization.

Meanwhile, the US’s own intelligence cables from the 1990s describe then-senator Uribe as a “close personal friend of Pablo Escobar” who was “dedicated to collaboration with the Medellín cartel at high government levels”. They also show that Colombia-based US personnel received intelligence from a fellow senator claiming that Uribe’s election campaign for the senate was financed by Escobar’s cartel. Colombia Reports reported last year that “Uribe and his party have never won a presidential election without the admitted help of drug traffickers”. Keep in mind that Colombia’s current president Ivan Duque is widely considered to be Uribe’s protégé and owes him for his transformation from a relative unknown to a viable presidential candidate.

As The Canary has previously argued, the US support for leaders like Uribe and Duque is all the more hypocritical given that it uses other countries’ alleged status as ‘narco-states’ and alleged ‘state sponsorship of terrorism’ to justify its interventionist agenda. Less credible accusations of state involvement in drug-trafficking, for example, have been used as part of the justification for the ongoing coup attempt against the democratically-elected government of Venezuela.

The contrast between Colombia and Venezuela is a perfect illustration of how the US engages in shameless double standards in Latin America. Venezuela has been opposing US imperialism and attempting to provide an alternative to neoliberalism. Thus, it has been singled out for criticism, meddling, and outright ‘regime change’ efforts. On the other hand, since Colombia has been cooperating with the US’s foreign policy and economic agenda, there is practically nothing that Washington won’t overlook.

A pressing burden, therefore, falls on independent media outlets to highlight this hypocrisy and the sordid record of the US’s best friend in Latin America.