Social leaders are being massacred in US-allied Colombia. Washington's silence says it all. - The Canary 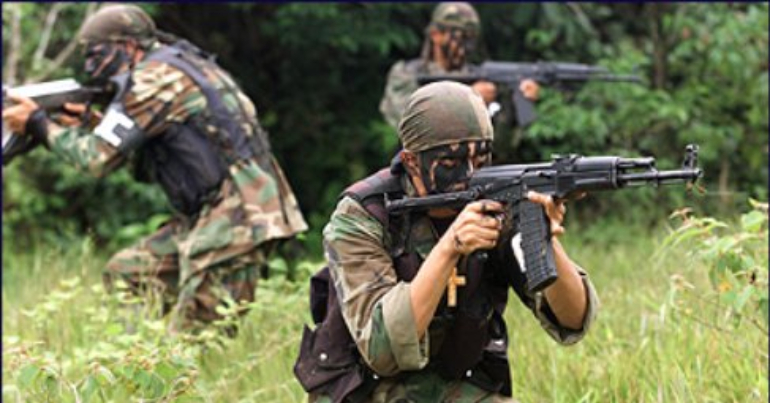 The US government and mainstream media have been endlessly obsessing over Venezuela recently. Yet they’ve been largely silent about the devastating human rights crisis in neighboring Colombia – a key US ally.

We must change that, and take heed of Colombia’s human rights abuses. Because the comparison reveals the flagrant double standards and self-interest that lie behind US policy toward Latin America.

Eighth killing this year, and a worsening situation

On 12 January, unidentified gunmen shot dead a member of Colombia’s Awa indigenous group. It was the eighth killing of an indigenous leader so far this year. And it followed on from the assassination of 34 Awa leaders in 2018 – a year characterized by widespread human rights abuses.

This trend seems to have been accelerating since the finalization of a peace agreement which the government and leftist guerrilla group FARC signed in 2016. The trend is in large part because the FARC was a counter-balance to right-wing paramilitaries, which are still active in the country. These paramilitaries were the perpetrators of many, if not most, of these assassinations. And this should come as no surprise. Because along with the Colombian military, they were responsible for the vast majority of the civilian casualties during the decades-long conflict.

US complicity and double standards

For almost six decades, paramilitaries waged a protracted ‘dirty war‘ against anyone deemed a threat to multinational corporations, societal elites, and the Colombian state. And the US actually funded the Colombian state (and indirectly its allied right-wing death squads) throughout the conflict. According to Exeter University’s Prof Doug Stokes, it did so “to create stability for continued inward investment and resource extraction.” In short, the US is not only willing to overlook but actively aid brutality, so long as it serves its interests. Given such a record, its current hostility toward Venezuela (and Nicaragua) seems at best hypocritical.

Indeed, supposed concern over human rights in Latin America is simply a ruse. Successive Colombian administrations have bent over backward to accommodate US interests. But US targets in the region are those that have refused to do so. Instead, they have been fighting for national sovereignty and regional integration, and against neoliberalism and imperialism. Venezuela’s Hugo Chávez, for example, wrested control of the country’s oil reserves out of the hands of a US-backed social elite and channelled some of the revenues toward social programs. His nationalization of some assets from US-owned corporations, such as agro-industrial giant Cargill Inc, particularly enraged Washington.

Considering its past, it’s hardly surprising that the US is happy to overlook an assassination campaign against social leaders in Colombia. But it’s time the world woke up both to the human rights crisis itself and the implications it has for US credibility in the region.