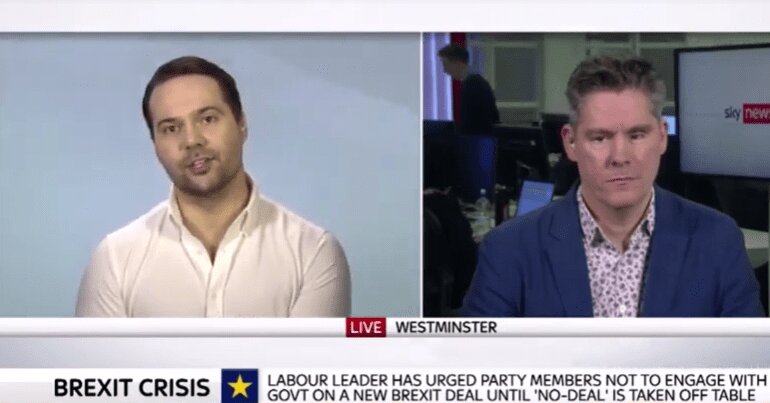 The game the Labour Party leadership has played has clearly been very coherent. It culminated in the government suffering the greatest defeat of any government this century. We’ve had 32 resignations from government since June 2017. The government has been defeated more times in the last 18 months than the governments of John Major, Tony Blair, Gordon Brown, David Cameron combined. So clearly, this is a very effective opposition, despite what Dan may submit.

Also, if Corbyn’s Labour hadn’t removed May’s majority in 2017, many of these achievements would have been impossible.

What happens next… is actually down to a very small clique of fanatical anti-European Tory MPs. They’re known as the ERG [European Research Group]. Now there clearly is a consensus in the House of Commons for some kind of a customs union…

There’s the ability for compromise there. The people to blame here – it’s not Yvette Cooper, it’s not Hilary Benn, it’s not Jeremy Corbyn, it’s the ERG.

It looks like May is winding down the clock to a ‘no deal’ situation in order to blackmail MPs. By contrast, Corbyn seems willing to help build a consensus in parliament. And on Sky News, Bastani hammered that home.