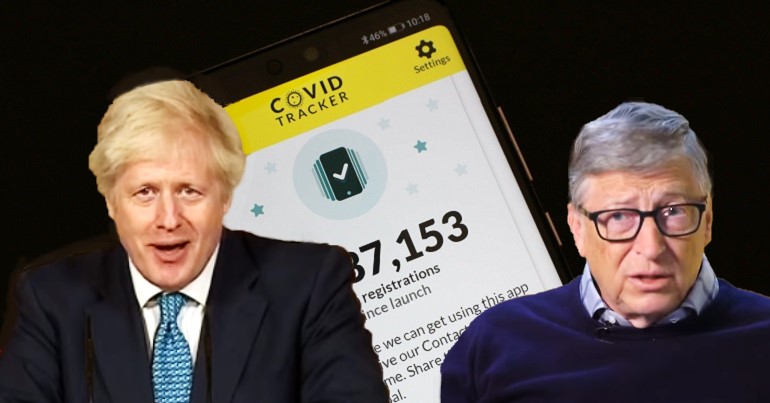 A report has revealed that government scientists were tracking and data-mining the public to get info on the coronavirus (Covid-19) vaccine. The mass data gathering exercise affected over 18 million people. And one campaign group compared the government-backed spying to something straight out of George Orwell’s 1984.

“No one expects that by going to get a vaccine they will be tracked and monitored by their own Government.” – @silkiecarlo https://t.co/IEvT6zyBis

The Telegraph story was about the government’s Scientific Pandemic Influenza Group on Behaviours (SPI-B). It advices the SAGE committee. SPI-B got Oxford University to analyse the mobile phone location data of 18.3 million people. It was specifically looking at how people moved about in their daily lives before and after having the vaccine. It seems to have formed part of the Tories’ use of decidedly dodgy “behavioural science” to deal with the pandemic. As the Telegraph wrote:

Using “cell phone mobility data for 10 per cent of the British population”, the Oxford University experts found 4,254 individuals were vaccinated.

This group was then tracked through 40 “CDR [call data records] with corresponding location observations” every day, and monitored for behavioural change by analysing their data for the week prior and week after the vaccination event.

In other words, the government was spying on people’s movements. But it’s OK! Because it was all in the name of the government’s pandemic, response right? Wrong.

“This is deeply chilling and damaging to public trust in medical confidentiality.

"Between looming Covid passports and vaccine phone surveillance, this Government is turning Britain into a Big Brother state under the cover of Covid.

“This should be a wake up call to us all."

If you’re a conspiracy theorist, you’d be forgiven for thinking the Tory government had trumped Bill Gates – with his supposed plans to microchip us all via the vaccine. But that’s kind of the point. Because the notion of increasing government authoritarianism under the cover of the pandemic shouldn’t be dismissed as conspiracy theory.

Naomi Klein wrote for the Guardian in 2017 that as hurricane Katrina unfolded in 2005 she:

watched hordes of private military contractors descend on the flooded city to find ways to profit from the disaster, even as thousands of the city’s residents, abandoned by their government, were treated like dangerous criminals just for trying to survive.

I started to notice the same tactics in disaster zones around the world. I used the term “shock doctrine” to describe the brutal tactic of using the public’s disorientation following a collective shock – wars, coups, terrorist attacks, market crashes or natural disasters – to push through radical pro-corporate measures, often called “shock therapy”. …

This strategy has been a silent partner to the imposition of neoliberalism for more than 40 years. Shock tactics follow a clear pattern: wait for a crisis (or even, in some instances, as in Chile or Russia, help foment one), declare a moment of what is sometimes called “extraordinary politics”, suspend some or all democratic norms – and then ram the corporate wishlist through as quickly as possible.

In other words, corporate capitalist governments will use a crisis for theirs and their mates’ benefit. We’ve seen that with Tory PPE/NHS contracts and the pandemic. But that’s not the same as saying, as some conspiracy theorists do, that coronavirus is a government “hoax”.

The Tories spying on our mobile phones in the name of scientific research is one such example. And the point is, you don’t need grand conspiracy theories to explain this.

It’s simply that under our current system, if there’s a way for the corporate establishment to get more power and (in the case of dodgy contracts) make a profit, then they’ll go to any lengths to get it – even using a global pandemic which has killed millions.

They don’t need microchips or 5G. All they need is a ‘shocked’ public and the nefarious will to take advantage of them in a crisis.