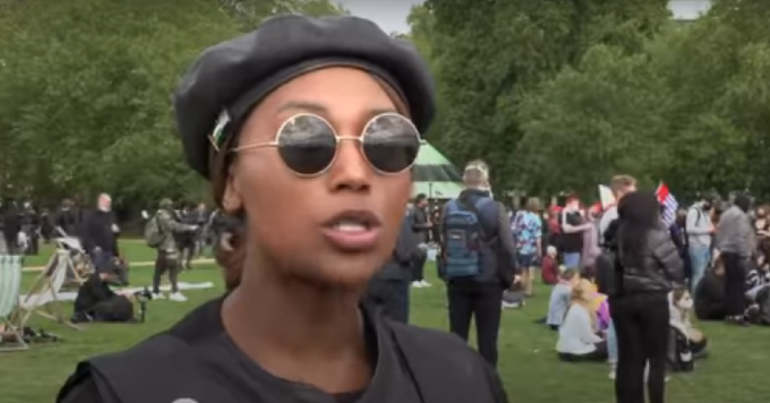 People around the UK are in a state of shock after hearing that Black Lives Matter activist Sasha Johnson has been shot in the head. 27-year-old Johnson is fighting for her life after being attacked early on Sunday morning.

The Metropolitan Police have said that:

there is nothing to suggest that the woman who was shot was the subject of a targeted attack or that she had received any credible threats against her prior to this incident.

The attack happened in the early hours of this morning, following numerous death threats as a result of her activism.

TTIP is asking everyone to pray for Johnson. It said:

Sasha has always been actively fighting for black people and the injustices that surround the black community, as well as being both a member of BLM and a member of Taking the Initiative Party’s Executive Leadership Committee. Sasha is also a mother of 2 and a strong, powerful voice for our people and our community.

Johnson is vocal in fighting for systemic change. Highly critical of capitalism, she has argued that:

She said of racism in the UK:

We’re no longer at just one incident. We’re looking at the systemic structure that means that those incidents happen. So it’s not just George Floyd died, because we’ve lost many black people, and the UK disassociates from racism.

But while Johnson’s speeches are revolutionary, the party she is linked to is a different story. Some activists have been vocal in pointing out that TTIP actually holds conservative values.

The TTIP are not an equal rights party; they are not BLM activists, which BLM have said themselves. I was at the Million People March. They are right-wing nationalists who are anti-immigration, anti 5G, antisemitic and believe we need thousands more soldiers.

We will look carefully at increasing the number of personnel in all areas of the military: Royal Navy, Armed Forces, and Royal Air Force…

The Taking the Initiative Party will always stand shoulder to shoulder with our international allies –most importantly the USA, with whom Britain has enjoyed a lasting and meaningful relationship.

The party also argues for racist controls on who can access vital NHS healthcare and state support. It says:

We want to see strict controls in place to ensure that welfare support is first and foremost reserved for citizens. In these times where the people of the UK are struggling with debt and homelessness and foodbank use is at an all-time high, we do not believe that there are sufficient resources to justify prioritising the needs of newcomers over and above those who already live and work here.

We will therefore take a firm stance on limiting migrant access to public funds and would seek to deport anyone who enters the UK purely to gain access to these resources. There would be no right to reside for anyone who does not have a clear plan at six months after their arrival in the country.

“A panther and a warrior”

Regardless of the TTIP’s politics, activists are united in hoping that Johnson can recover. People are taking to social media to express their grief at the attack:

We are saddened to hear that Sasha Johnson is fighting for her life after a critical wound and following numerous death threats.

While Sasha wasn't part of our organisation, she impressively founded a new Black led political party and was dedicated to resist anti-Black racism.

Really praying that Sasha Johnson makes it 🙏🏾 She is such a force for good in this world, would be a huge loss to the whole BLM movement. Her story has been very inspiring so far and I truly believe her testimony will be even greater.

Sasha Johnson you are a Panther & a Warrior. If anyone can survive this, it's you. You've come this far Queen, please keep fighting, fight to live!
We are praying that you pull through, come on girl. Your childen need you. We need you to keep fighting. #BLM #prayforsashajohnson pic.twitter.com/wIKzDPGHJA

This is heartbreaking and deeply disturbing. Sasha Johnson is a passionate activist for the #BlackLivesMatter movement and an inspiration to us all – my thoughts are with Sasha as she fights to recover, her family and friends at this difficult time. #PrayForSashaJohnson #BLM https://t.co/fAVH9tPLUM

Horrifyingly, the attack on Johnson has seen voices of hate crawling out of the woodwork, celebrating the shooting:

I cant believe how many so called "patriots" are rejoicing at the news of BLM activist Sasha Johnson's brutal attack after she was shot in the head this morning. How can people cheer the attempted murder of a mother is beyond me. I truly hope she pulls through #SashaJohnson #BLM

The attack on Johnson has once again highlighted exactly what we need to fight against: the rise in white supremacy and fascism, and a systematically racist government that is enabling racist ideas to flourish. Let’s pray for Johnson, while at the same time fighting for radical change.