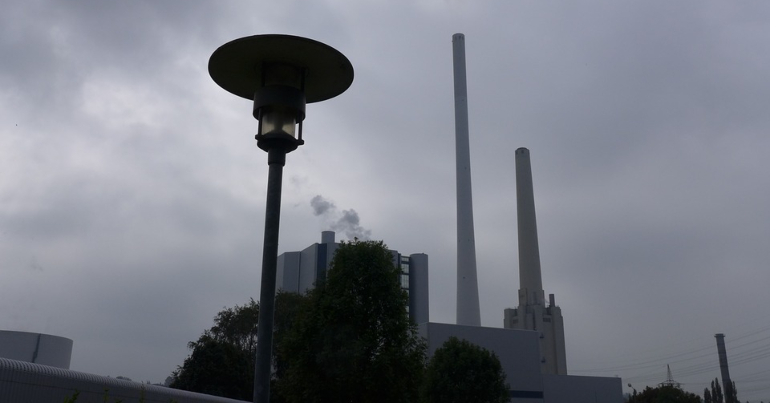 The UK financial sector is funding almost double the country’s annual carbon emissions, according to a new report published by Greenpeace and the World Wildlife Fund (WWF).

The research, carried out by South Pole, found that banks and asset managers in the UK financed 805m tonnes of carbon dioxide in 2019.

The UK’s total carbon dioxide emissions for the year in 2019 were 455m tonnes, making the amount banks are responsible for 1.8 times the UK’s total.

This makes the City of London’s carbon dioxide emissions higher than Germany’s in 2019.

Greenpeace and the WWF said these emissions make the UK finance sector one of the biggest contributors to climate change. Despite this, banks and investors are not required to cut emissions to reach government targets.

As a result, campaigners are calling for the sector to be regulated and to have to meet targets set by the Paris Agreement. They want the UK to announce legislation requiring this when it hosts COP26 in November.

Finance is the UK’s dirty little secret. Banks and investors are responsible for more emissions than most nations and the UK government is giving them a free pass. …

As the host of this year’s pivotal global climate summit, the government can no longer turn a blind eye. Rather than relying on self-regulation we need legislation that forces all banks and asset managers to align all financing activities with the goals of the Paris Agreement. That would be genuine climate leadership.

The report warned that the analysis only included a sample of banks and asset managers, excluding other financing activities like underwriting.

Therefore, the reality of the financial sector’s impact on emissions could be larger. Both the WWF and Greenpeace argued that finance should be considered a ‘high carbon sector’. They added that failing to introduce legislation that transitioned the sector to the 1.5°C target set by the Paris Agreement could have catastrophic consequences for the climate.

There is a huge opportunity to help clients rapidly transition towards net zero carbon and nature positive. UK institutions providing financial products and services globally can make a massive contribution to solving the problem and there is no time to lose.

As part of the Paris Agreement, the UK is encouraged to reduce its carbon dioxide emissions so the world can limit global warming to 1.5-2°C.

In April, the government announced it would set into law a target to “reduce emissions by 78% by 2035 compared to 1990 levels”. However, Greenpeace said that the government has not taken action to align the financial sector with this target or others.

Piers Forster, professor of Physical Climate Change and director of the Priestley International Centre for Climate at Leeds University, wrote that the new UK target is promising but requires immediate action.

To reach it Forster said the UK must take decisive action across transport, renewable energy, and food production. He said even sectors that are hard to decarbonise, such as aviation and farming, will have to innovate to hit reduction targets.