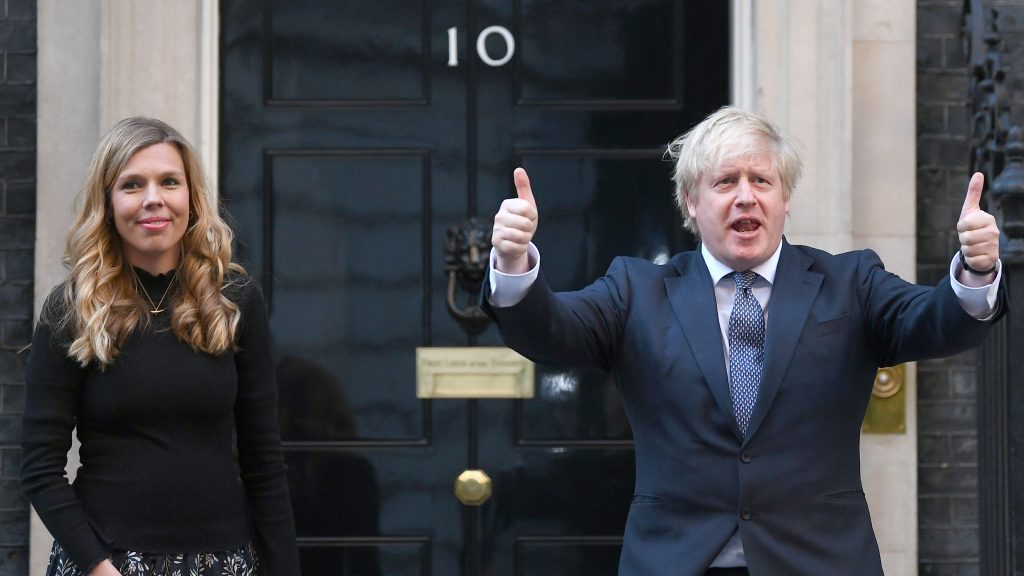 A cabinet minister has given a pathetic excuse for Boris and Carrie Johnson seeing their son’s godmother at Christmas.

Anne-Marie Trevelyan said it was “absolutely the right thing” for them to have son Wilfred’s godmother, Nimco Ali, at No 10 while lockdown restrictions in London largely prevented household mixing.

Swathes of people had their festive plans cancelled last year when Johnson placed the capital and much of the South East under Tier 4 restrictions amid soaring coronavirus cases.

But the international trade secretary argued it was right for the Johnsons to have their friend over to help with childcare at the time when Wilfred was eight months.

It’s hard enough for the rest of us, when you’re having to run a country as well and have the challenges of difficult pregnancies, having a supportive friend to be there in your bubble is absolutely the right thing to do,”

Downing Street has faced questions over the festive arrangements after a report in Harper’s Magazine claimed Ali “spent Christmas with the couple at No 10 despite pandemic restrictions on holiday gatherings”.

However, commentators on social media weren’t fooled by Trevelyan’s excuse for the PM:

The man barely works at the weekend, if at all. The thought he AND HIS WIFE were both hunkering over dispatch boxes on Christmas Day is risible.

But we know this. It’s weapon grade bullshit. They bent the rules and they don’t care and on we roll. https://t.co/AtdfsCDSjR

Also worth pointing out that the childcare bubbles were for childcare… and presumably not for hanging out with friends at Christmas 🤷🏻‍♀️ pic.twitter.com/mk5bk5Ch6j

Others called out the mainstream media for promoting the PM’s story:

I'm genuinely curious, how many other couples with one very young child, (and an enormous staff who cook and clean for you) required childcare on Christmas Day?

I'm calling complete bullshit on this "childcare" story. And complete client journalism on Peston for flogging it. https://t.co/DArQgwzlRj

Meanwhile, others pointed out that they abided by the rules that the PM seemingly chose to ignore:

My 84 year old father-in-law, who had lost his wife just 4 months previously, spent last Christmas Day all alone, because we were all following the rules set out by a prime minister who apparently decided those same rules didn’t actually apply to him. What a crock of shit.

But despite what many people feel was a blatant breach of the rules, one Twitter user summed up the sorry state of the situation:

Boris Johnson broke his own Christmas Day rules while millions of brits were getting covid and 1000s dying because of his policies. Yet nothing will happen to him because of this.

Time and again, Johnson and his cronies have shown there is one rule for them and one rule for the rest of us. The only question is when will people finally decide they’ve had enough of this government and call time on Johnson’s rule once and for all.