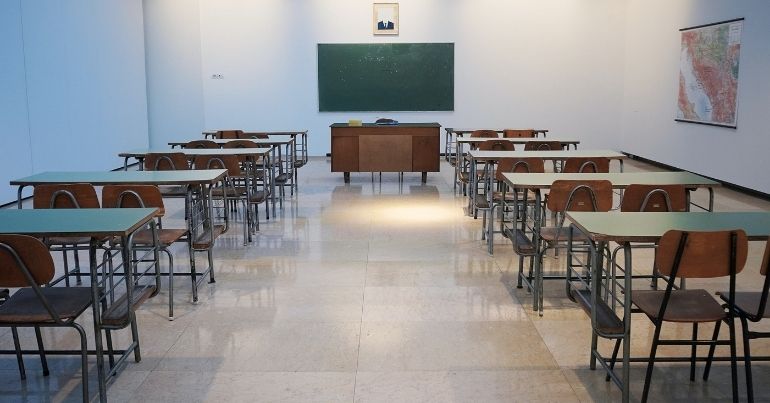 On 23 February, the government announced plans to ban pupils who fail their maths and English GCSEs from taking out student loans. The proposal marks another move toward making higher education even more marketised and inaccessible.

Experts have warned that these plans will hit the most disadvantaged pupils hardest, effectively locking them out of higher education altogether.

Lee Elliot Major, professor of social mobility at the University of Exeter told the Guardian:

If this is implemented crudely it will effectively be closing off university prospects at age three for many poorer children. Our research shows the depressingly strong link between achieving poorly in early-age tests and failing to get passes in English and maths GCSEs at age 16.

Others have highlighted that these plans will hurt disabled and other marginalised pupils, making a mockery of widening participation efforts.

Oh look. More Tory plans to punish the poor and disabled. If you fail Maths or English at GCSE you will be banned from getting a student loan. So the working classes won't be able to afford higher education. Or anyone who may have a learning disability. Ableist bull. https://t.co/83hiRyMq4n

Highlighting the way in which this would exacerbate entrenched inequality, Wolverhampton education professor Damien Page shared:

The result of this: if you’re poor and have no GCSEs, you will be unable to study at university. If you’re wealthy and have no GCSEs, no problem, study away and pay the fees yourself. At the same time as ‘levelling up’ and ‘social mobility’ https://t.co/psLnfwc0b0

Imagine saying to dyslexic kids already struggling at GCSE maths that they’ll never be able go to university. What a nasty policy.

In its response to the Augar review of post-18 higher education funding, the government also set out plans to make those who start university in 2022 pay back their student loans in full over the course of 40 years instead of 30.

Among other recommendations, the review urged the government to introduce more support for disadvantaged students and to increase access to higher education for all. But if implemented, the government’s plans will likely have the opposite effect.

What about other subjects?

The government’s prioritisation of maths and English reflects its ongoing battle against the arts in education. In 2021, education secretary Gavin Williamson announced plans for huge cuts to higher education funding for arts subjects such as art, drama and music.

Speaking to the marginalisation of subjects beyond maths and English, one Twitter user shared:

this country is so classist and painfully narrow-minded that it has arbitrarily marked out maths and english gcse as the only way you can prove you are intelligent and worthy of learning https://t.co/fXdyXZ6fLx

sooooo if you totally fuck up school, but then take an alternative route (i.e, college courses / other further education options) and make it to university, maybe say, to study graphic design for example, you should be denied support unless you re-take maths GCSE? madness https://t.co/HBLdAPDDYv

People soon took to Twitter to explain the myriad of reasons why a pupil may fail their GCSEs, including poverty, homelessness and abuse.

Joanne Phillips, a writer and survivor of trafficking shared:

I spent my teens being trafficked, dropped out of school, no GCSEs or Alevels…I got a 2.1 and now use my lived experience to work in Human Trafficking, the skills from my degree have been invaluable…don’t break your teeth on that spoon in your mouth!! https://t.co/hmkxWDZo63

My dad was terminally ill the year my GCSE's started, grades fell like a stone, the endless hospital visits & scares lasted until the year I went to uni and he died. I got in on the kindness of the uni staff. Everyone deserves the opportunity of education, without exception https://t.co/OZYVcrmrYR

Ian Muirhead is now a space scientist, but he didn’t pass his GCSEs. He commented:

I didn't pass GCSE English & Maths due to the impacts of violence & chronic poverty on my home life. I managed to drag myself out of a dead end by getting a physics degree, now an MSc and soon to start a PhD. GCSE results are about where you come from, not where you're going. https://t.co/GEHgqFCGcj

I was homeless during my GCSEs and got an E in Maths and and A in English. I went on to do a PhD and now work as a lecturer. My grades were inconsistent because I turned up for the topics that I enjoyed and bunked off the ones I struggled at and had no adult guidance at all. https://t.co/KBKhbRvoMk

An education system in crisis

The government’s plan comes in the midst of nation-wide University and College Union (UCU) industrial action over poor pay and conditions.

University staff across the country are engaged in action short of a strike (ASOS) as well as a series of strikes against race, gender and disability pay gaps; increased casualisation and precarity; increasing workloads and real-terms pay and pension cuts.

As this broken education system buckles under the pressure of mass access, this Government is proposing a classist, racist, ableist policy that seeks to gatekeep education.

Rights to access that were hard fought for & won are now being eroded.

This is an attack on opportunity. pic.twitter.com/EBbMxey0Ss

Stating that the government’s plans to lock marginalised and disadvantaged young people out of higher education will effectively create an “underclass” with no opportunities, Harley Shah tweeted:

Between the Tories downgrading state school A-level students while upgrading private school students, and banning pupils who didn’t pass an exam from taking out a student loan, it is extremely clear that their goal is to create an underclass without prospects.

The government’s proposed plan will hit those most in need of financial support the hardest, creating further barriers to the UK’s increasingly elitist, inaccessible and marketised universities.

There are a number of ways people can get involved in the ongoing fight to defend the UK’s education system.

UCU members at 63 institutions plan three days of strike action from 28 February. Supporters are invited to express solidarity at picket lines, and to tweet their support using the hashtag #UCUstrike. People can also donate to UCU’s fund to help members involved in disputes and cover strike pay.

Meanwhile, NUS is calling on students across the nation to take part in a ‘walk out/teach in‘ to demand an education system that works for everyone on 2 March. The interactive day will include speeches, workshops and performances. See you on the picket line!