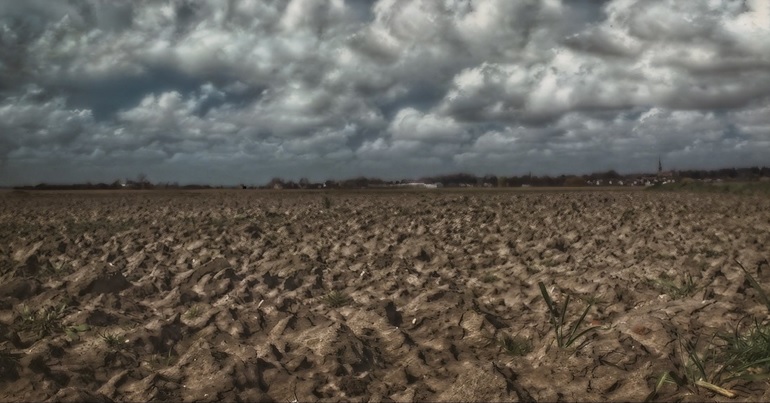 We have known about this for half a century, and have failed to do anything meaningful about it. What’s it going to take for us to wake up?

These were the words of the Global Monitoring Laboratory’s senior scientist Pieter Tans as the world hit another dire climate milestone. The Scripps Institution of Oceanography released its CO2 readings from the Mauna Loa Observatory in the US on 3 June. They showed that we continue to hurtle full steam ahead towards climate disaster, with a new record smashed.

But, as Tans’ comments indicate, there are few signs that those who wield power will wake up. Indeed, just days before the CO2 figures were revealed, the UK authorities greenlit another fossil fuel project.

As the US’s National Oceanic and Atmospheric Administration (NOAA) highlighted on 3 June, the latest readings push the world “further into territory not seen for millions of years”. CO2 peaked at 421 parts per million (ppm) in May. This is generally the month of the year where CO2 levels in the atmosphere reach their yearly peak; September/October is usually the lowest annual point.

You are here: 421 ppm CO2. The highest concentration in four million years.#ClimateCrisis pic.twitter.com/iWQFHd2r2L

NOAA said this means current levels are 50% higher than in pre-industrial times. It’s industrialisation, particularly epic amounts of fossil fuel extraction and combustion, that has brought us to this dire point. And each year, CO2 concentrations in the atmosphere keep rising. In 2020, the CO2 peak was 417ppm. As Al Jazeera reported, in 2021 it was 419ppm.

The CO2 clock is ticking. Every day, global heating pushes a little harder on Earth and human systems. Every day they get a little closer to failure. Time to shift into #EmergencyMode and make ending the fossil fuel industry and stopping Earth breakdown our top priority. https://t.co/EdIsgq6cmZ

Pre-industrial levels of CO2 were around 280ppm. As NASA has pointed out, levels in the 1950s hovered around 317ppm. But since then we’ve seen an over 100ppm rise. In the distant past – four million years ago – CO2 levels were similar to our current ones, but sea levels were five to 40 metres higher. The world was also three to four degrees hotter, and it had no people either.

As Tans put it, CO2 is now at levels that “our species has never experienced before”. Needless to say, the experience of having such excessive levels of heat-trapping gases like CO2 and methane in the atmosphere isn’t shaping up to be a good one.

The western US, for example, is currently facing what NASA warns is one of its worst ever droughts. NASA hydrologist JT Reager explained to the BBC:

With climate change, it seems like the dominoes are beginning to fall.

We get warmer temperatures, we get less precipitation [rain] and snow. The reservoirs start drying up, then in a place like the West, we get wildfires.

It’s like watching this slow motion catastrophe kind of unfold.

However, for the most part, those least responsible for the emissions are facing the most extreme consequences:

Globally, people least responsible for causal emissions are suffering the most from #climatecrisis harm = #globalclimateinjustice.

Especially in rich polluting countries the need to #endfossilfuels/#climateactionnow/consume less is urgent. Our actions matter.

This includes East Africa, which may face an “unprecedented” poor rainy season for the fifth time in a row, according to the World Meteorological Organization:

As the African Wildlife Foundation has highlighted, the drought there has been destructive for people, wildlife, and peaceful coexistence between them:

This is the worst drought in 40 years. Over a million livestock are dead. Dozens of endangered elephant carcasses have been found in Tsavo alone, including all drought victims, including 10 elephant calves. Take action to build climate change resilience! https://t.co/PgseaUBFX0 pic.twitter.com/QDeQm5CjjX

The UK is a case in point, with its recent greenlighting of the Jackdaw gas field:

The UK isn’t alone, however. There are multiple fossil fuel projects progressing around the world. In an investigation in May, the Guardian illustrated the vast scale of the “carbon bombs” fossil fuel companies have in the pipeline.

In short, to echo Tans’ words, authorities are still failing to do anything meaningful about the environmental crises we face. Thanks to them, as Scripps’ geochemist Ralph Keeling noted, we are “still racing at top speed towards a global catastrophe”.