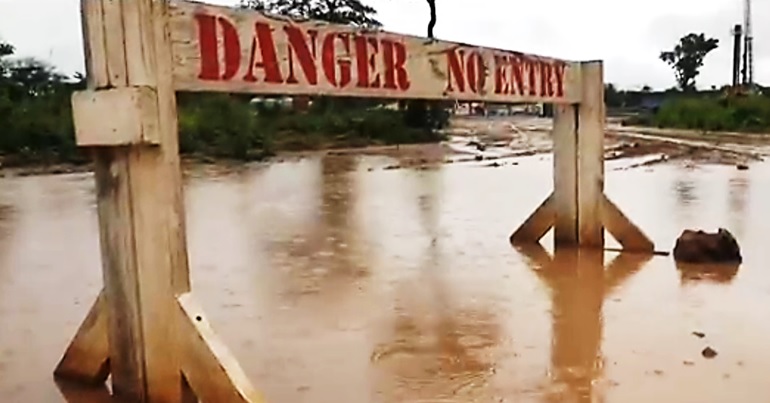 A global campaign intensified its efforts to halt a vast oil project in Africa on the day the latest UN climate report landed. Kavango Alive has released a documentary on 4 April highlighting resistance against ReconAfrica’s fossil fuel exploration. The short film warns of the monumental threat the exploration poses to Africa’s “last paradise” and the wider world.

Fighting for the Okavango

As The Canary has previously reported, ReconAfrica has secured a licence to search for fossil fuels across parts of Namibia and Botswana, covering an area around the size of Belgium. It’s exploring in a vital and biodiverse space, renowned for its wilderness and life-giving waters. The area sustains hundreds of thousands of people and many at-risk wild animals.

As Nigeria’s nightmarish experience has shown, fossil fuel development poses a severe threat to water bodies. Due to their proximity to the Okavango Delta watershed, and multiple other reasons, ReconAfrica’s plans have met with fierce opposition.

The documentary by Kavango Alive, a global grassroots campaign effort led by Namibians, gives voice to this resistance. Narrated by environmentalist George Monbiot and produced in collaboration with global partners, it features numerous people speaking out against the project.

This includes Reinhold Mangundu, from the Namibian Youth Coalition on Climate Change, who said:

I would not live with myself if I allow this this to become another Niger delta and destroy an entire ecosystem.

And Ina-Maria Shikongo, coordinator of Fridays for Future (FFF) Windhoek, commented while pointing to pledges emanating from the global North on tackling the climate crisis:

As FFF Canada’s Jana Jandal highlights in the film, ReconAfrica has projected its licence could yield around 120 billion barrels of oil equivalent.

In February, however, the company confirmed the existence of two class action lawsuits filed against it by shareholders. These lawsuits follow complaints and investigations in 2021 centred on ReconAfrica’s bold claims about the scale of its potential discovery, along with allegations that it had violated regulations. The company has disputed the allegations.

Further accusations emerged towards the end of the year, including claims that the company bulldozed part of a protected wildlife area to make way for a test oil well, according to National Geographic. The company told the outlet that it “categorically denies that it engaged in any wrongdoing”.

ReconAfrica’s latest update suggests that it’s powering ahead with further exploration, including digging multiple new wells, despite the controversies surrounding the project.

Regardless of the ultimate size of ReconAfrica’s oil bounty, what’s clear is that the fossil fuel industry is currently treating Africa like a final frontier for development. The immense scale of developments there was highlighted in March in a report by Oil Change International, BankTrack, and Milieudefensie, along with other partners.

It identified no less than 964 fossil fuel projects on the continent, excluding North Africa, between 2016 and 2021. These projects were variously at the stage of being announced, proposed, permitted, under construction, or in operation. 71 of them were ultimately shelved, but the report said they “may become viable again in the future”. The report’s title begins with the phrase ‘Locked Out of a Just Transition’, because this is a central impact of the frenzy. The excessive developments are preventing African countries from “making a timely leap to renewable energy”, the report states. Instead, they’re locking countries into “fossil fuel dependency”.

Putting money into this now is not only morally and environmentally reprehensible, it’s also a stupid bet.

That could be said about the mad dash for fossil fuels across the continent overall. FFF Windhoek puts it this way:

Instead of drilling for more oil and gas we need clean energy such as solar electricity and wind power to stand even a small chance of avoiding environmental collapse. We must leave oil and gas in the ground and listen to the voices of Africa

In the video, many of those voices warned “What happens in Kavango, won’t stay in Kavango”. In other words, fossil fuel exploitation anywhere ultimately means further climate chaos everywhere.