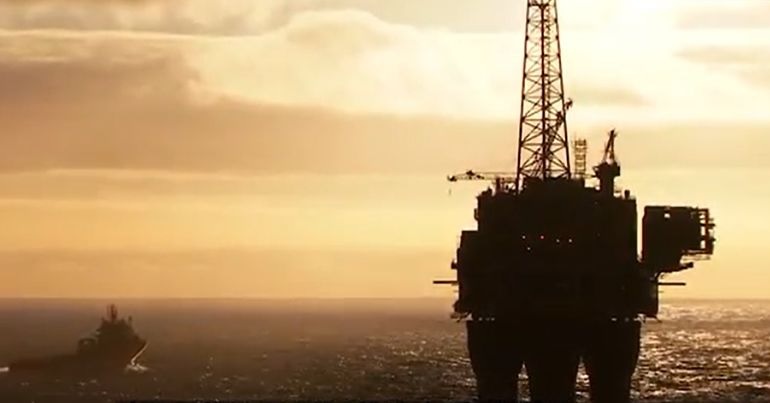 A landmark case is currently making its way through Norway’s Supreme Court. Climate NGOs have mounted the case against the Norwegian government, which argues that its fossil fuel drilling in the Arctic is unconstitutional and violates the Paris Agreement provisions. In Norway, the constitution provides citizens a right to a healthy environment.

If the court rules in the activists’ favour, drilling permits granted by the government since 2016 could become illegitimate. Furthermore, Norway is among around 90 countries that guarantee the right to a healthy environment in their constitution or as a result of case law. Meanwhile, almost 200 countries have signed up to the 2015 Paris Agreement on the climate.

So the case could offer a precedent for successful challenges against fossil fuel drilling around the world.

The People vs Arctic Oil

Young Friends of the Earth Norway and Greenpeace Nordic began the legal action against the Norwegian government in 2016 after it granted new licenses in the Arctic. The nordic country is the seventh largest fossil fuel exporter, despite largely generating renewable energy for its domestic needs.

As Gizmodo reported, the case is the first to use the Paris Agreement as grounds for halting fossil fuel drilling. It’s also the first ever case based on a country’s constitutional right to environmental safety. The 112th amendment of Norway’s constitution states that:

every person has the right to an environment that is conducive to health and to a natural environment whose productivity and diversity are maintained.

But the government argues that the amendment only obliges “authorities to take measures to remedy any negative effects” of potentially climate-harming activities.

However, if the case is successful, it could unleash a tsunami of others. As the executive director of Columbia University’s Sabin Center for Climate Change Law Michael Burger commented:

Other courts addressing similar cases challenging fossil fuel production, deforestation, and other policy areas might find its reasoning persuasive, and judges may even be inspired by it, but they would not have to follow it.

The People vs Namibian Oil?

Like in Norway, conservationists and communities in Namibia and Botswana are currently opposing a risky fossil fuel exploration project in their countries.

Canadian company ReconAfrica is behind the exploration. As National Geographic points out, it has “licensed more than 13,600 square miles of land” in the Okavango wilderness region spanning the two countries. The Daily Maverick further explains that the exploration licenses border three national parks, 11 community areas, a World Heritage Site, and a section of a protected area, the Kavango-Zambezi Transfrontier Conservation Area. In short, the exploration is taking place in areas rich in natural resources that hundreds of thousands of people and wildlife, including elephants, African wild dogs, and sable antelope, depend on.

The Namibian government has already approved the exploration, on the back of an environmental assessment that experts say has serious flaws. But the country’s constitution also guarantees citizens a right to a healthy environment. Specifically, Article 95 says the state shall “actively promote and maintain the welfare of the people” by:

maintenance of ecosystems, essential ecological processes and biological diversity of Namibia and utilization of living natural resources on a sustainable basis for the benefit of all Namibians, both present and future

So success for climate activists in the Norwegian case could provide a precedent for people in countries like Namibia to take action against their government – and potentially win.