How do the regions of England compare for Covid-19 case rates? - Canary 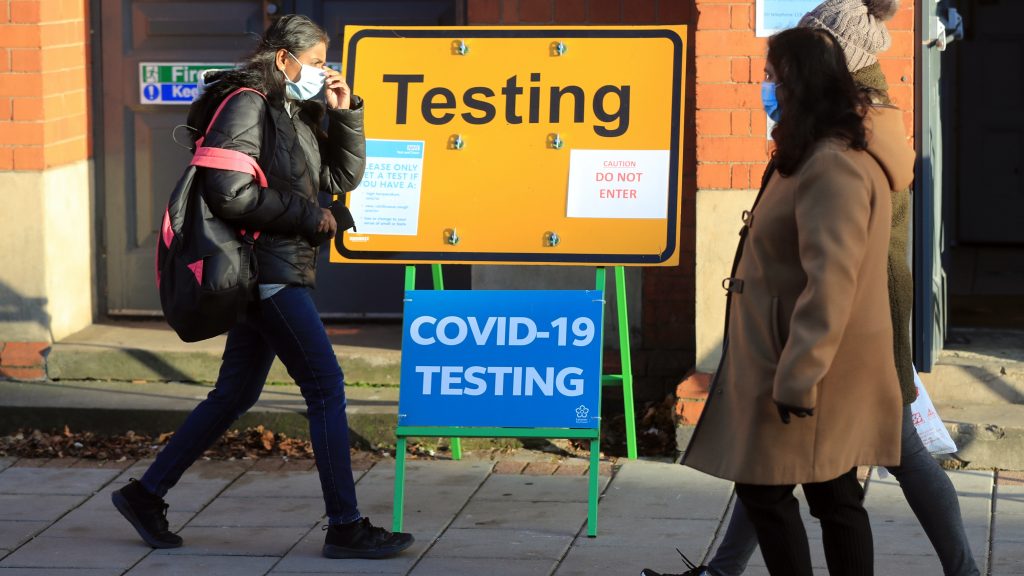 The number of new cases of Covid-19 continues to rise in most local areas of England.

The overall trend masks some notable differences between the regions, however.

Here is an overview of the latest case rates in each region of England, including the areas with the highest and lowest numbers.

In all instances, the figures are for the week ending November 4 and have been calculated by PA using data published by Public Health England.

The highest rates of new cases of Covid-19 continue to be in north-west England.

Blackburn with Darwen is second (726.1) and Wigan is third (626.2), though the rate has fallen in both these areas week-on-week.

Overall, rates have dropped across most of the region (28 of the 39 local authorities), including all six areas in the Liverpool City Region and seven of the 10 areas in Greater Manchester.

The lowest rate in the region is for South Lakeland, which is currently on 161.8, up slightly from 152.3.

This region has the highest rates in England outside the North West.

Rates are up in all but four of its 21 local authority areas – the exceptions being Doncaster, Rotherham, Sheffield and York.

Rates have also increased across much of north-east England, with only one area – Stockton-on-Tees – currently recording a drop.

This is a reversal of the trend seven days ago, when two-thirds of the 12 local authority areas in the North East were recording a drop in case rates.

For much of the summer, Leicester was the area with the highest rate in the East Midlands.

Then it was Nottingham, when students returned for the start of the university term.

Of the 40 areas across the region, just 12 recorded a week-on-week drop in the latest set of figures.

A total of 26 of the 30 areas in the West Midlands showed a rise in case rates in the latest figures.

South Staffordshire continues to have the highest rate in the region: 465.2, up from 430.5.

The picture in London is mixed.

Rates remain lower here than many other regions of England, and there are slightly more areas recording a fall (18) than a rise (14).

Case rates are rising across most of south-west England, with only six of the 29 local authority areas currently showing a fall.

Bristol continues to have the highest rate in the region: 410.0, up very slightly on 408.3 in the previous week.

Most areas in the South East (54 out of 67) are seeing their case rates rise, though levels are lower than much of England and only six areas have a rate that is currently above 200.

This is also the lowest rate for any area in England.

Apart from Luton, where the rate is currently up from 189.2 to 255.3, every area in eastern England is recording a rate below 200.

Most areas (29 of 45) showed an increase in the latest figures, however.