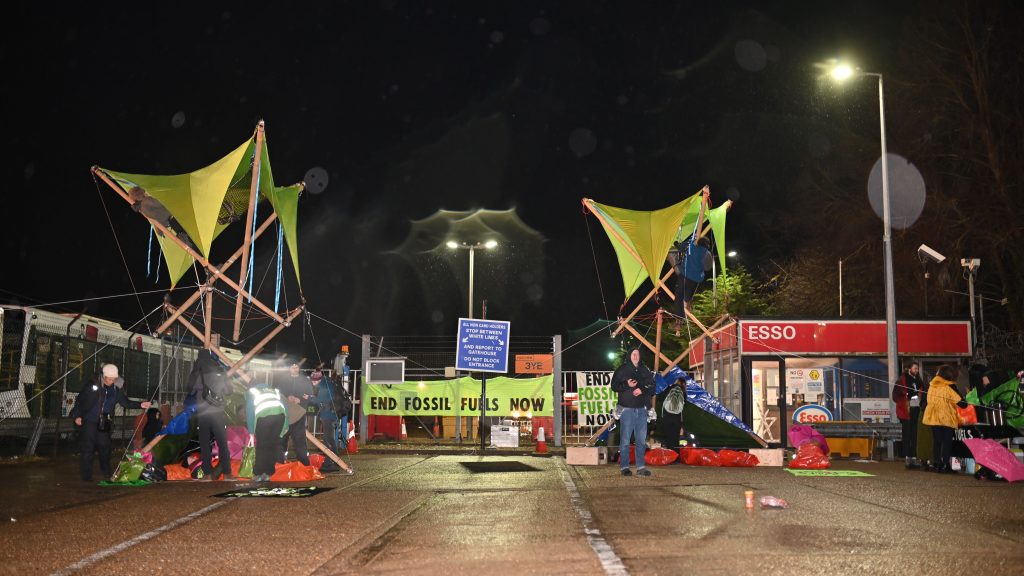 Climate change campaigners have staged a protest at an oil facility near Heathrow Airport on their fourth day of action.

Extinction Rebellion said that around 30 protesters returned to the Esso West oil facility in West London at 4am on Monday 4 April. This is part of their campaign to urge the government to stop using fossil fuels.

In a statement, the group said they were blocking the entrance with two bamboo structures and two large banners that said “Join Us – London 9th April” and “Stop Fossil Fuels Now”.

A spokesperson for the Metropolitan Police said the force is aware of the protest and officers are at the scene.

Since 1 April, Extinction Rebellion and a second campaign group, Just Stop Oil, have staged a number of protests at oil terminals and refineries across the UK.

The group stated that further action is expected on 9 April in London’s Hyde Park.