Anti-monarchist arrests only bolster the argument for a republic - Canary 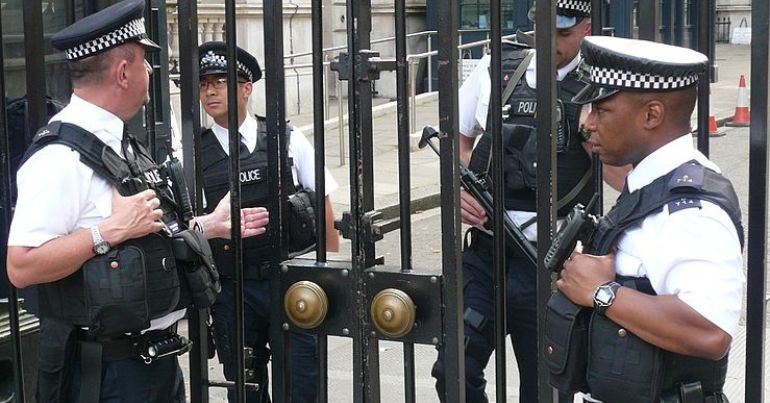 Enforcing a particular view to support the power of the state is a bad look. And that kind of action often undermines the very thing it is meant to defend. Sadly, nobody told the British police. Though it’s worth asking if it would have made any difference.

In the week following the Queen’s death, and as Charles was proclaimed our new ‘ruler’, a number of arrests were made. And they were for what are, objectively, fairly innocuous acts.

On 11 September, the Sunday after the queen’s death, a woman was arrested in Edinburgh after up holding a sign protesting the monarch and imperialism. Police said she had committed a breach of the peace as the Queen’s coffin was brought into the city. She was later charged.

Then on Tuesday Symon Hill, a peace activist renowned for his run in with Piers Morgan over the white poppy, was arrested in Oxford.

Contrary to some claims on social media, I did not say *anything* remotely disrespectful today about Elizabeth's death. I did not disrupt an act of mourning (and never would). My objection was to the proclamation of Charles Windsor as king. #NotMyKing

He had merely asked out loud in a public street who elected King Charles.

Also in Scotland, a young man named Rory was arrested for heckling Prince Andrew. The controversial Royal was stripped of public duties over allegations about his relationship to the late paedophile and sex trafficker Jeffrey Epstein.

Rory had shouted “You’re a sick old man” at Andrew before being dragged away by police. He was also charged. Rory said he thought it was wrong that Andrew had been allowed to get away with what he had been accused of:

Spoke to the protestor who was arrested on the Royal Mile today for shouting abuse at Prince Andrew during the Queen’s procession – his name is Rory, here’s what he had to say: pic.twitter.com/8GTwnVGLF7

While in London, an officer threatened barrister Paul Powlesland with arrest for holding a blank sign.

Just went to Parliament Square & held up a blank piece of paper. Officer came & asked for my details. He confirmed that if I wrote “Not My King” on it, he would arrest me under the Public Order Act because someone might be offended.

Powlesland later appeared on TV explaining his views. He said that while he hadn’t been a republican before, he certainly was one now.

Even confirmed republicans were surprised at how badly a bit of minor, individual protest was handled. One person pointed out that this undermined the idea of the Royals having only symbolic power:

The monarchy is just symbolic.

All the arrests are also just symbolic.

Another pointed out that the endless coverage of the death and succession made republicanism appear to be a view held by a tiny minority.

The relatively high profile arrests of a few anti-monarchy protesters alongside rolling coverage of “the queue” is giving the impression that our country is largely pro-monarchy and those against are just a small number of activist extremists.

In truth, up to 31 percent of 18 to 24 years olds support the idea of an elected head of state.

Naturally, comparisons were made with authoritarian regimes like North Korea:

The U.K. is looking more alarming than North Korea with all the arrests going on. People are silently protesting a monarchy and are being heavily policed and jailed.

While the UK is increasingly leaning towards fascism, North Korea is objectively more authoritarian in a much more profound and literal way. For now, at least.

Republicanism is a legitimate point of view. And it is legitimate to express it at any time. And there is no time more appropriate than during the succession of a new king. The reaction on both social media and by the state, to what has been mild protest, tells a story.

That story is of a country which likes to laud its version of democracy while doing absolutely nothing to suggest it has any notion of the concept. And in doing so, it makes the case for a republic on behalf of those who want it.