Inflation rate remains at 10.1% for the poorest people 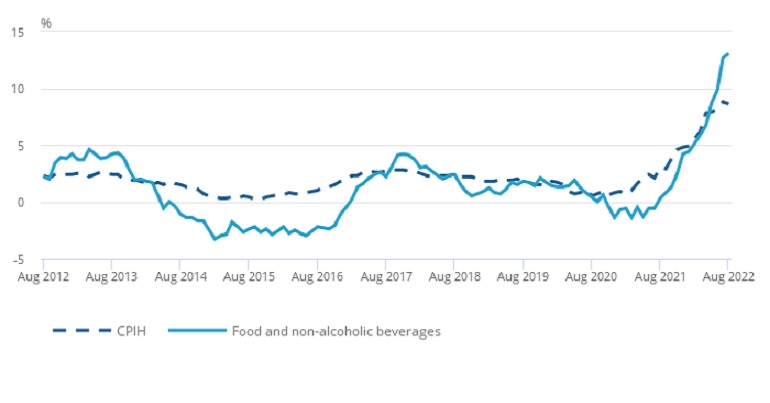 The Office for National Statistics (ONS) has said that inflation fell to 9.9% in August – down from 10.1% in July. But of course, this reduction only applies if you’re of a certain social class. Actually, the poorest people won’t see the same fall in inflation as the richest do.

On Wednesday 14 September, the ONS said that consumer price inflation (CPI) in August was down to 9.9%. This is still the highest it has been in 40 years. However, as the Guardian noted, there was one area that drove the reduction. This was:

petrol prices dropping by more than 14p a litre in August as a fall in global oil prices was finally reflected in cheaper motoring costs. The annual inflation rate for motor fuels eased from 43.7% to 32.1% between July and August.

‘Great’, you may think. However, lower petrol prices only help some people. As The Canary previously reported, just 35% of the poorest households own a car – versus 93% of the richest ones. This means that the majority of poor people won’t see any benefit from the drop in petrol prices. However, other price increases are still hitting them.

The ONS said that food inflation has continued to rise: 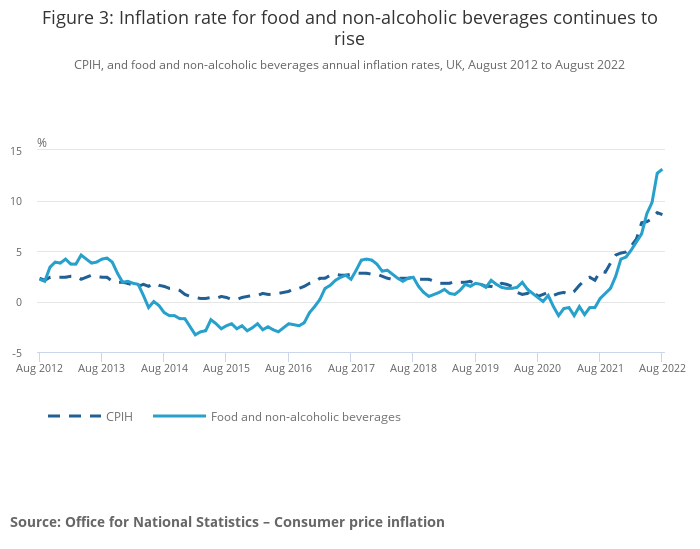 In August, the ONS said food inflation was 13.1% – 3.2% above the main CPI rate. It said that the biggest part of this rise was:

milk, cheese and eggs, where prices of milk and cheese rose between July and August 2022 by more than between the same two months a year ago.

It said the overall food inflation increase of 1.5%:

So, if you’re poor, your food is more expensive but you’re not seeing cheaper motoring costs. And just as it was time to buy school uniform, the inflation rate on clothes and footwear rose from 6.6% in July to 7.6% in August. Meanwhile, the cost of travelling on things like ferries went up by 3.9%, and bus and coach prices also went up by 1% – likely a direct result of the failing, privatised system.

Overall, what this means is that for the poorest people who don’t own cars, inflation is still 10.1%. As always, those the system pushes to the bottom of society are the ones who are bearing the brunt of this capitalist chaos.

Featured image via the ONS