'Public transport' is about to become more of a monopoly - Canary 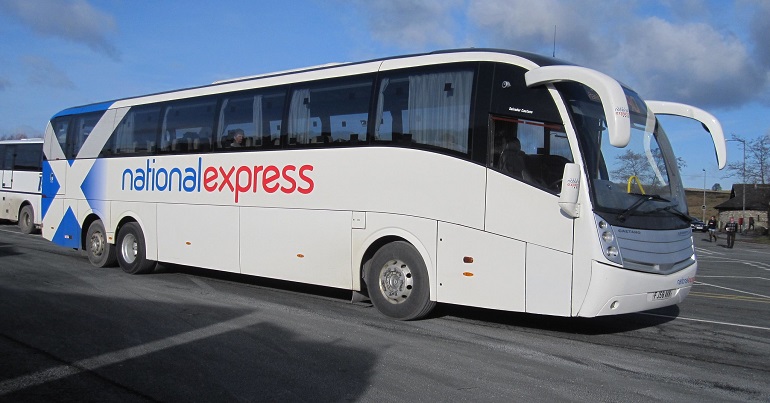 Two of the biggest transport companies in the UK just revealed they’re merging into one. The move smashes the idea of a ‘public transport’ system even further. And, assuming the competition authority doesn’t intervene, it’ll have repercussions for staff and possibly passengers

As PA reported, bus and coach group National Express has agreed an all-share takeover of rival Stagecoach. But the government might have something to say. This is because of the potential of a market monopoly. As Sky News reported:

the deal… was also likely to attract the attention of the Competition and Markets Authority (CMA) as the enlarged company would control 40,000 vehicles and 70,000 staff.

In other words, National Express would end up having huge control over bus services. This could mean, for example, increased fares due to the lack of competition. Sky News continued:

CMA concerns would be likely to centre on whether the deal weakened competition in certain regions and routes or raised the prospect of higher fares.

But the merger comes against a backdrop of entrenched problems across bus services.

A report by former UN poverty rapporteur Philip Alston slammed the UK’s bus network as a “deeply fragmented system that would shock those not accustomed to it”. Meanwhile, as The Canary previously reported, the RMT union has been taking industrial action against Stagecoach. It’s over pay and working conditions. Some drivers earn less than £23,000 a year.

But Stagecoach isn’t a first-time offender when it comes to staff pay and conditions. It lost the bids on three rail franchises in 2019 because it wouldn’t comply with government rules over pensions. The RMT has also historically taken strike action against National Express, too. So, the merger is likely to cause unrest among workers.

As PA reported, the deal will bring together two of the UK’s biggest transport firms. It will create a combined firm worth around £1.9bn. Under the terms of the tie-up, National Express shareholders would own around 75% of the combined group. Stagecoach shareholders will own the remainder. The deal values Stagecoach at around £437m.

PA said that the merger will cut 50 jobs under plans to slash annual costs by at least £45m. The cuts will be at the two firms’ head offices, IT and corporate departments. But the companies’ stressed there would be no front-line job losses, like drivers, or depot closures due to the deal. Also, Stagecoach has said it will now sell-off the Falcon South-West coach service and its 35% stake in Scottish Citylink Coaches.

We expect the newly expanded National Express company to work with us to respect existing agreements, and must warn that failure to do this or any attempt to make our members worse off will be forcefully resisted.

So, it’s unclear how this new monopoly will improve the situation – except for the two companies’ bosses and shareholders.