Southeastern and Stagecoach sum up our public transport chaos - Canary 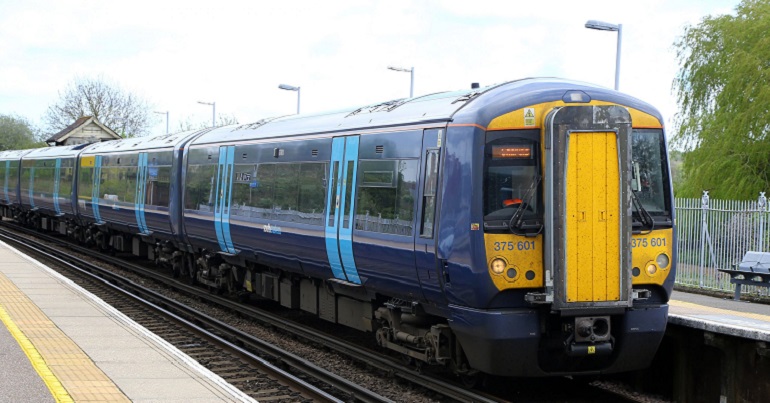 As the government takes back control of the failing Southeastern train franchise, workers are about to strike on Stagecoach buses. All this shows the failures of our privatised public transport system; one that’s so bad the UN got involved.

Southeastern: back in public hands

As PA reported, the government has taken over Southeastern trains as of Sunday 17 October. This is because it failed to declare more than £25m of taxpayer funding. Govia has owned the Southeastern franchise – a joint venture between Go-Ahead Group (65%) and Keolis (35%) – since 2006. Go-Ahead Group’s chief financial officer Elodie Brian resigned after the decision to take over the franchise was announced. Transport secretary Grant Shapps said that Govia had not declared more than £25m of historic taxpayer funding; money which it should have returned.

PA said that the move by the government meant that around a quarter of passenger journeys in Britain will be on trains under public sector control. This includes the government, under the name of Operator of Last Resort (OLR), also running London North Eastern Railway since June 2018 and Northern Trains since March 2020. Meanwhile, as the RMT union revealed, the cost to the public of privatised trains is huge.

RMT released research to coincide with the government taking over Southeastern. The RMT found that:

Beyond the chaos on the rail networks, bus operators are also under the spotlight.

RMT members are striking in the South West on Monday 18 October. It’s over what the union calls the “scandal” of bus driver pay under private bus company Stagecoach. The RMT said that:

The scandal of bus worker pay, where drivers earn less than £23,000 for taking responsibility for the safety of a packed vehicle and are left alone and vulnerable late at night, is sparking an exodus which will hit school children ‎and the poorest in our communities hard.

The union has also reacted angrily by attempts by Stagecoach managers to try and link any pay deal to cuts to existing staff benefits, meaning that a pay increase would only be awarded with savage reductions in sick pay and other basic working conditions.

And the dispute isn’t just happening in the South West.

The RMT also held ballots on strike action for Stagecoach workers in the East Midlands and Derbyshire/Yorkshire. Its members voted for industrial action in these area and strikes are due to happen on 18 October. These actions form part of a national RMT campaign over bus driver pay. Stagecoach isn’t a first-time offender when it comes to staff pay and conditions. It lost the bids on three rail franchises in 2019 because it wouldn’t comply with government rules over pensions.

Back on the buses, and Stagecoach is unrepentant over the RMT’s South West strike. It said on its website:

We have offered our drivers a pay rise of 4.4% tied to productivity improvements, which is above the current 3% rate of inflation. This offer would have seen staff gain a 9.7% increase to their hourly rate and a 4.3% increase to their basic annual salary.

In other areas, workers are also acting. Unite is balloting its members in Chesterfield over a pay offer from Stagecoach. But its not just Stagecoach unions are angry with. Unite is also balloting members on strike action against Arriva – again, about pay. Meanwhile, the real-world effects of bus privatisation are all too obvious.

In Surrey, Arriva is closing its depot in Guilford. As Surrey Live reported:

Arriva currently operates 16 routes, using about 50 buses that cover Guildford, Woking and Camberley. The recent planned closure announcement means that these services will cease to operate in mid-December.

Passengers and a loyal workforce have been abandoned by this huge company that has no regard for this vital public service – and the reality is it is all too easy for them to simply walk away. This has to stop. Making profits from passengers must come with a responsibility to provide a service.

The UN steps in

Of course, this kind of approach from private bus companies isn’t new. The UN recently slammed the state of UK bus services in a report. You can read The Canary‘s full analysis here. The UN said that:

Deregulation has failed to provide a reliable bus service. Passengers said buses were frequently late, did not show up at all, or often broke down.

The government argued in 1984 that a free-market approach would outperform an integrated, regulated system… But deregulation of bus transport has led to a deeply fragmented system that would shock those not accustomed to it: multiple private bus operators competing in the same areas and sometimes on the same routes, timetables that do not line up between operators or other modes of transportation, and multiple ticketing options that add needless complication to bus journeys.

So, what can be done about failing bus and train services?

Public transport: back “where it belongs”

Cat Hobbs, director of public ownership campaign group We Own It, spoke to PA about the train chaos:

Again and again, privatisation is failing our railway and franchises are being brought into public ownership one by one.

Profit-driven companies won’t put passengers or the public first – especially as the railway is a natural monopoly where we don’t have a choice between companies.

It’s time to bring the whole rail network into public hands where it belongs. Public ownership would save around £1 billion a year.

Of course, the same could be applied to the bus network. The current government doesn’t appear to shy away from taking privatised transport back into public hands. But this is unlikely to stay this way.

It’s up to all of us to support public transport workers. We must also fight for services that are run in the interests of all of us – not just the private profiteers.