University staff to vote on strikes in row over pay, pensions, and conditions - The Canary 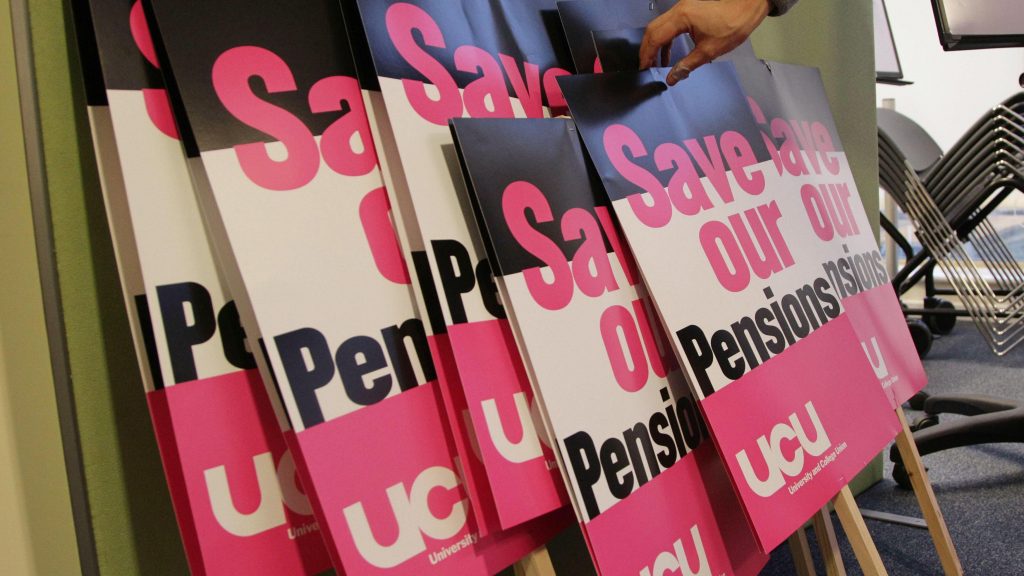 Thousands of lecturers, researchers, and academic staff are being balloted on strikes over pay, pensions, and working conditions. The potential action could take place at 150 universities before the end of the year.

Members of the University and College Union (UCU) will vote in the next few weeks on whether to launch a campaign of industrial action, which could stretch into the new year if the deadlocked row remains unresolved. The union says it’s fighting cuts to Universities Superannuation Scheme (USS) pensions, declining pay, the use of insecure contracts, unsafe workloads, and “serious” equality failings.

UCU general secretary Jo Grady said pay and working conditions have worsened over the past decade, with staff now at “breaking point”. Workloads are increasing while pay and pensions are falling, so staff are now ready to take action before things become even worse, she said.

The union expects a big vote in favour of action, which would lead to strikes before the end of the current term, and other forms of industrial action in the new year. The UCU said employer body Universities UK (UUK) had voted to cut thousands of pounds from the retirement benefits of university staff, based on a “flawed valuation” of the scheme conducted at the beginning of the pandemic as markets were crashing, and representing a cut of 35% to a typical member’s annual guaranteed pension and guaranteed lump sum.

Pay for university staff fell by 17.6% relative to inflation between 2009 and 2019, and since then employers have made below-inflation offers, with the latest worth 1.5% despite the “monumental” efforts of staff during the pandemic, said the union. The union also claimed there is a 16% gender pay gap in universities, rising to 19% in some. The pay gap between black and white staff stands at 17% and the disability pay gap is 9%, said the UCU.

The UCU is calling for a £2,500 pay increase, an end to race, gender, and disability pay differences, a framework to eliminate zero-hours and other precarious contracts, and meaningful action to tackle unmanageable workloads.

We are disappointed UCU is pressing ahead with an industrial action ballot over USS pensions. The proposed reforms secure USS’ status as one of the most attractive pension schemes in the country, and eliminate the need for massive contribution rises that would severely reduce pay and force employers to make cutbacks in other budgets.

Discussions over the valuation are still ongoing. Employers met with UCU representatives last Tuesday and further meetings are planned for the coming weeks.

However, it is hard to see how UCU’s demands can be reconciled without an alternative solution, which we have consistently asked them for and are willing to consult employers on.

After a difficult 18 months, students do not deserve any further disruption. It is unclear why UCU thinks it’s appropriate for students to suffer due to the scheme’s increased costs and the regulatory constraints under which pensions operate in the UK.

We are disappointed that UCU is encouraging its members to ballot for action which is specifically designed to disrupt teaching and learning for students who have endured so many recent upheavals. It is disheartening that UCU did not allow their members, representing a minority of employees, the chance to accept or refuse the offer on pay, equality, contracts and workload, at any stage in recent months.

Instead, the lengthy delay for a ballot and strike action over the past months has clearly targeted the autumn term and our students, just when we are finally back on campus.

University staff are the backbone of the sector, but for a decade they have been thanked with massive cuts to their pensions, collapsing pay and the rampant use of insecure contracts. The university sector is worth tens of billions of pounds, but the uncomfortable truth is that this success is built on exploitation, with staff denied dignity in work and in retirement by vice-chancellors on eye watering salaries.