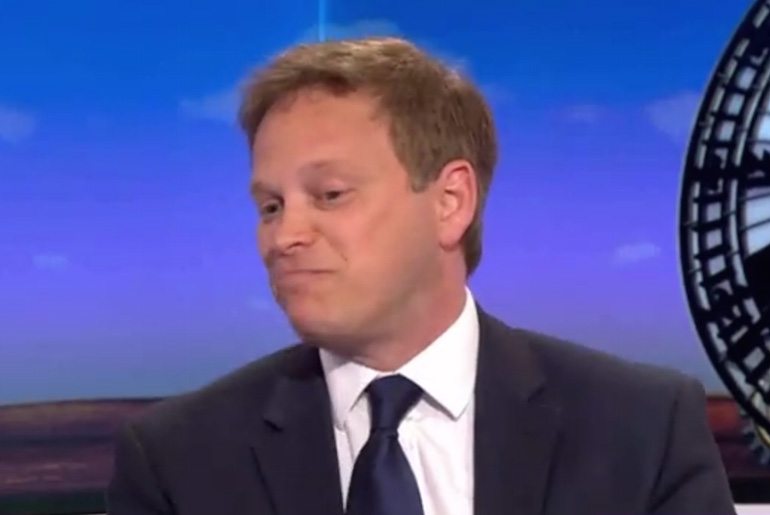 While the mainstream media has largely ignored one of the biggest election scandals Britain has ever seen in favour of salivating over Labour party infighting, social media is in meltdown over the Conservative election expenses scandal. Dozens of Tory MPs face accusations that they illegally overspent in the 2015 general election campaign by failing to declare costs associated with the Conservative campaign “battle buses”. If the allegations are true, the MPs and their agents could face a year in jail and/or an unlimited fine, as well as a three-year ban on holding elected office – potentially triggering by-elections across the country and losing the Conservatives their majority in parliament.

But, beyond Channel 4, which has exposed the revelations, the broadcast media has been largely silent on the scandal – and the BBC, in particular, has been lambasted for its failure to give it significant air time.

On Wednesday’s Daily Politics, however, host Andrew Neil confronted Grant Shapps, who was Conservative Party Co-Chairman during the election campaign, on the allegations:

Shapps floundered. First, he tried to wheedle out of any responsibility, saying:

I was co-chairman, compliance wasn’t my side of things. The campaigning side was my side, but not the money and the finance.

Instead, he said, “other people within CCHQ [Conservative Campaign Headquarters] at the time” were responsible – effectively passing the buck to Conservative Chairman Lord Feldman. When pressed by Neil – “I mean you’re banged to rights on this, aren’t you? As a party you are banged to rights on misappropriation of electoral spending, and it’s a criminal offence” – Shapps could only mutter:

The party says, as you know, that they have complied correctly or they’ve said there’s an issue on one element, I’m not sure. The Electoral Commission is there to make those decisions and, as far as I’m aware, it was all correctly done.

If even the party Chairman, who played a key role in the battle bus campaign, fails to muster a convincing rebuttal to the allegations and instead decides to engage in blame-shifting, the Conservative party looks to be in real trouble.

Up to 15 police forces are reported to be investigating allegations that Conservative MPs failed to declare costs associated with the battle buses in the run-up to the general election. Some forces have said that those complaints came from members of the public, which may include some readers of The Canary.

Meanwhile, the Electoral Commission is also investigating several allegations – and it has been urging the police and the Crown Prosecution Service (CPS) to ensure they don’t fall foul of a 12-month time limit on launching criminal proceedings against anyone found to have broken election law. The Commission met with the CPS and several police forces on Wednesday to decide whether to apply to the courts for an extension.

The Conservative party has denied most of the allegations, arguing – despite evidence to the contrary – that volunteers on the buses were campaigning for the party and not for local candidates, so the costs for campaign buses could be counted as national spending rather than candidate spending. But the party has admitted it failed to declare more than £38,000 in accommodation costs for battle bus activists across the country in its national spending returns, blaming it on an “administrative error”.

While the exchange between Grant Shapps and Andrew Neil may have reassured some BBC viewers that the corporation is willing to at least mention the election scandal before the May 5 elections, it will have done nothing to reassure voters that the party behaved within the law during the 2015 general election. And with some of those implicated in the scandal standing for election on May 5, the questions for our democracy could not be more urgent.

– Tweet BBC journalists to ask for more coverage of the scandal using the #Toryelectionfraud hashtag.